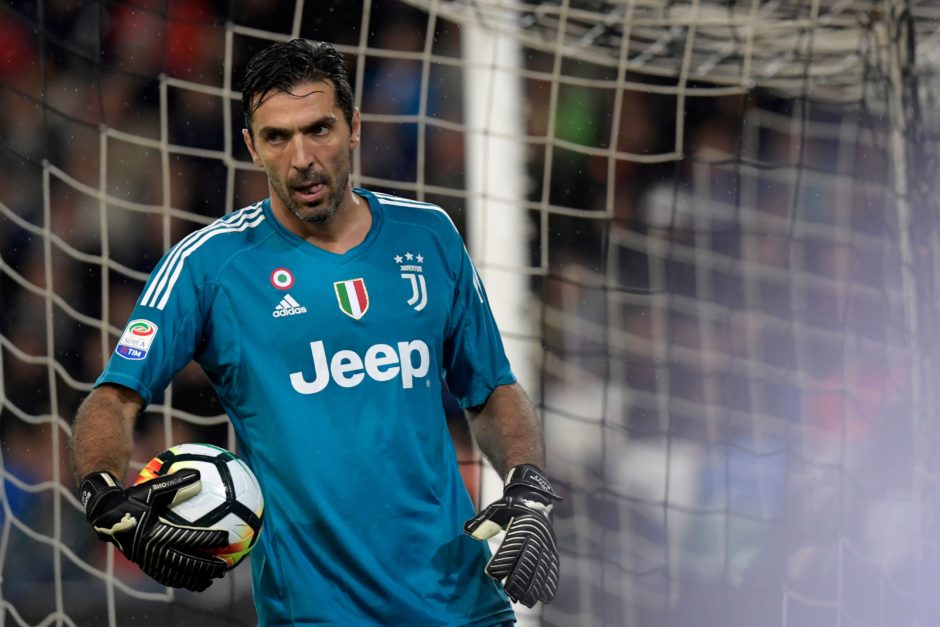 With four wins out of four since the 2019-20 Serie A season resumed, Juventus remain on course to claim a record 9th consecutive Serie A championship. Juve will also be hoping to turn around their Champions League tie against French side Lyon as the tournament resumes following the conclusions of the top national leagues. With that being said, we thought we would give our readers a chance to remember some of the incredible records that are held by the Old Lady itself and her former and current players.

The break in the season was tough for football fans around the world with some turning to football related online games such as those found at https://www.playfrank.com/en-gb in order to occupy themselves during this season’s unexpected gap. However, it is business as usual now that the football has restarted. Our own downtime was spent researching, so without further ado here are 10 records that help prove why Juventus is the undisputed champion of Italian football.

Del Piero holds the record for the most seasons with at least 10 goals scored. The Juve icon hit 10+ goals in 17 seasons marking himself as one of the greatest and best servants in Juventus football history. Del Piero was also a main part of the Italian National team side that won the World Cup in 2006. Del Piero is Juventus’ official all time leading goal scorer with 290 goals.An icon of the club, Del Piero’s name is synonymous with Juventus and Italian football.

In the 2015-16 season, Gianluigi Buffon broke the record set by Sebastiano Rossi of AC Milan and went 974 minutes without conceding a goal. Buffon also holds the record for the most clean sheets in a single season (21) and most appearances in Serie A (648) and with the Italian National team (176).

Dino Zoff holds the Italian record for the most consecutive appearances in Serie A for a single club. Zoff achieved this for Juventus between 1972 and 1983 having made a total of 330 consecutive appearances for Juventus. Zoff, who is widely regarded as one of the greatest ever goalkeepers in history, is the oldest ever winner of the World Cup (40 years, 4 months, 13 days) and is also the only Italian footballer to have won both the World Cup and European Championships. Zoff also holds the record for the longest playing time without allowing goals in International tournaments (1142 minutes).

Uruguayan defender Paolo Montero made 186 appearances for the Old Lady between 1996-2005. Ryan Giggs named Montero as well as his defending partner Ciro Ferrera as the toughest defenders he ever played against adding that they were often ‘very hard in challenges’. It should be unsurprising therefore that Montero holds the record for the most number of red cards in Serie A history with 16 red cards in total. Nevertheless, Montero is considered to be one of Juventus’ greatest centre backs of all time. Unfortunately, Montero also holds another rather undesirable record, one which he shares with his former teammates Alessio Tachinardi and Gianluigi Buffon – the most Champions League Final appearances (3) without winning a winners medal.

Juventus have the largest fan base of all Serie A clubs with over 12 million fans representing 34% of all Italian football fans according to an Italian research agency. In truth, the number of fans worldwide is likely to be far higher. The fanbase of the Old Lady almost certainly grew after Cristiano Ronaldo joined the club in 2018. Juventus remains the most successful Italian football club ever as well as one of the oldest.

Juventus are far and away the most successful football club in Italian football. With 35 Serie A titles to their name, Juventus has 17 more titles than their closest competitors, Internazionale (18) and AC Milan (18). Juventus can also lay claim to the greatest number of Copa Italia cups won (13), as well as most Super Coppa Italiana trophies (8).

The 2013-14 saw Juventus win the record held by Jose Mourinho’s Internazionale treble winning team of most wins in a single season. Mourinho’s side set the record at 30 wins out of 38 games before it was beaten by Juve’s 2013-14 side under Antonio Conte. Conte’s side also won a record number of points (102) in the same season.