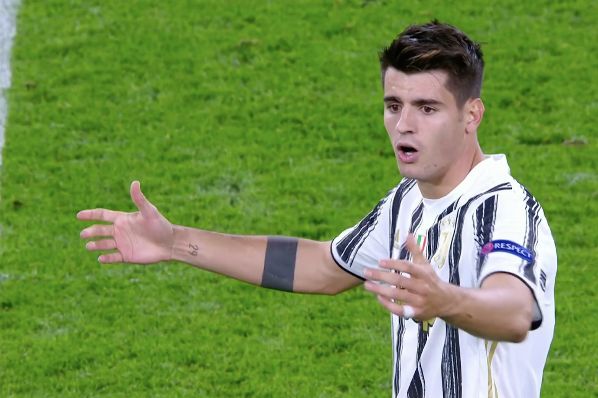 Juventus were beaten 2-0 by Barcelona in the Champions League tonight, but the game was far from one-sided.

Andrea Pirlo named a positive-looking side, with an attacking 4-4-2 line-up named to take on Barcelona, and they started the game on top.

Neither side came out the gates at full-speed, but the Old Lady were building themselves into the game when they were rocked by an excruciating deflected goal.

Ousmane Dembele tried to launch a left-footed shot on goal from outside the box, only to fail to beat the defender, but the ball ricochet’s high and over Wojciech Szczesny and into the goal.

We looked like we had levelled the scoring almost straight from the kick-off, when Alvaro Morata ran through on goal to score, only to have it ruled out for offside.

We went into the break behind, but will have felt very-much still in the fixture, but remained unchanged after the break.

Barcelona put in a steady controlled second-half, giving away little in possession, and putting some neat passing drills into action, but Juve refused to lie down.

Alvaro Morata found himself making that run in behind once again, and actually scored again shortly into the second-half, but once again, his run proved to have been made too early, and was chalked off.

The visitors struck the post from Antoine Griezmann, and had wasted their own fair share of chances, before that man Morata found himself in on goal again… And you guessed it… He completes his hat-trick of disallowed goals on what will turn out to be one of the unluckiest performances in recent history.

We capped the game off with a second-yellow card to Merih Demiral, before giving away a penalty in injury time, which Lionel Messi made no mistake with, but I can’t help but feel hard done-by.

Did Juve deserve at least a point for their performance?

Video: Lionel Messi wraps up the game from the penalty spot