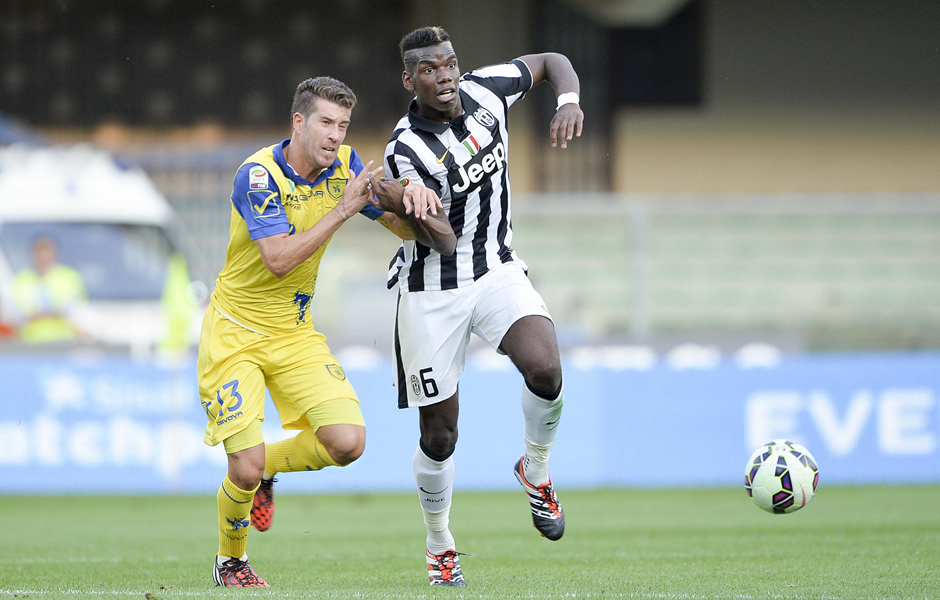 The era of Massimiliano Allegri at Juventus has kick started brightly. Not conceding a goal and picking up three points is a good start to the new season.

We started really well away to Chievo Verona at the Bentegodi. Despite the fact that Allegri and our players were very cautious in the press conference about the Gialloblu being a tough opponent, we came out strong right from kickoff. We certainly did not seem like a team that lost a coach who delivered us three successive Scudetti.

Here are my 5 key positives from our season opener:

One of the most spoken about tactics that was observed under Allegri in preseason. This is something that I really liked in our overall performance. We worked extremely hard to win back possession and immediately attack our opponents giving them no time to settle. The strikers also aided the team defensively while the midfield stepped up their pressing. The defense obviously maintained a very high line forcing Chievo to lose the ball in their own half or clear the ball. Our opponents had very less time to play more through passes as we maintained a high intensity for most of the game.

Key stat: Chievo managed only seven shots throughout the match and only two shots on target

The Maestro is a key player for both, the Azzurri and us. But, he is not getting any younger and at the age of 35, he will need to be used sensibly. With Azzurri finding it relatively tougher to solve their problem of being over-dependent on the Mozart, we are slowly evolving to become less dependent on him. Claudio Marchisio replaced him at the heart of the midfield and did a magnificent job. Marchisio’s ability to contribute a lot more defensively and towards the pressing game was also key in our victory. Is he Pirlo’s direct replacement? Of course not. Pirlo is irreplaceable by a single mortal.  But, with the right amount of contributions from Marchisio, Paul Pogba and Arturo Vidal, it is evident that we can still continue to be effective.

When you have dissed Juventus in the past and you now takeover as the coach of the Bianconeri, no supporter will welcome you with a bouquet of roses. When Allegri was appointed, majority of the fans were completely agitated, including myself. How can you replace an icon of our club with someone who has repeatedly accused us of winning due to favoritism from the referees? Things did not start well as our C.E.O. Giuseppe Marotta cited one of the reasons for hiring the former AC Milan coach as the latter succeed in delivering Sassuolo a Serie C1 title. Would you ever start an eighteen year old teenager in his first game for your team, in your first game in charge if you were Allegri?

However, things have improved and gradually Allegri is earning our assurance. He has handled all of his press conferences with a lot of grit and intelligence. We will also have to credit him for steadying a rocky ship and ensuring none of our key players left the squad while adding the likes of Alvaro Morata and Patrice Evra, when both of them reportedly agreed to join the club on the basis of Conte staying at the realms of Juventus. The 47-year-old coach has sorted out his differences with Pirlo and has been extremely successful in keeping a happy atmosphere in the dressing room. From the Chievo game, his tactics were spot on. Giving the young Frenchman his deserved debut was the icing on the cake. We could have easily won the game by a bigger margin had it not been for our inefficiency in front of goal. We had a poor conversion rate of 4%.

Key Stat: Allegri is the only coach in the Serie A to have won the Scudetto before

Kingsley Coman had a bright debut while Martin Caceres did a splendid job at defense. It was the latter’s header that forced Cristiano Biraghi to put the ball into his own net. Caceres filled in for Andrea Barzagli as a part of the three man back line with the Italian is still yet to fully recover from his heel injury. Like the last season, the 27-year-old Uruguay international successfully filled in at the back to deliver yet another strong performance. Moving onto the attack, Coman was outstanding. He became the youngest ever non-Italian to ever play a game for Juventus and he also put on a man of the match display. One might find it scary to be given their first start at a new club in the season opener but Coman did not show any sort of nervousness in his debut game.

Key Stat: Caceres made the highest number of successful tackles on an average of ninety minutes compared to all our defenders last season

5. Gianluigi Buffon is still the strongest goalkeeper in the world

This is not only my opinion but also the opinion of our legendary bomber, David Trezeguet. Yes, Super Gigi is still the strongest keeper in the world. Despite being 36 and having conquered his position for over a decade, he is still hungry. Hungry to improve, hungry to play and most importantly hungry to win. Buffon has gone unnoticed while inferior keepers such as Iker Casillas and Edwin Van Der Sar have received so much recognition. Our legendary goalkeeper is criminally under-appreciated by some of us too. I have always strongly believed that Buffon can go on until he is 40 if he is free from injuries. At the beginning of last season, due to the only three errors he made, some of us doubted whether he still had it in him.

What did he do then? Came back and delivered twenty clean sheets. Only Morgan De Sanctis had more number of clean sheets in Europe’s top five leagues, as he had made more appearances. It is easy to say that Super Gigi has mostly had a strong defense to guard him. Our defense is no more in the top three defenses in the world and they have made far too many individual errors in the recent past. The last time we had a defense worthy enough to be in the top three in Europe was much before Calciopoli. Buffon is the player and the defenders in front of him are his pawns that he chooses to wisely organize. Why is he worthy of a mention? Because he made a match winning save. He did this despite being rarely called into action, illustrating his levels of concentration. Buffon has been massively important to Allegri in steadying the ship.

Key stat: He made Marco Materazzi look like a competitive defender in the 2006 World Cup

1. All the statistics have been taken from Squawka and WhoScored.

2. No personal offense intended in the post unless you are Marco Materazzi or an Inter fan.

The Rise and Fall (again) of Sebastian Giovinco