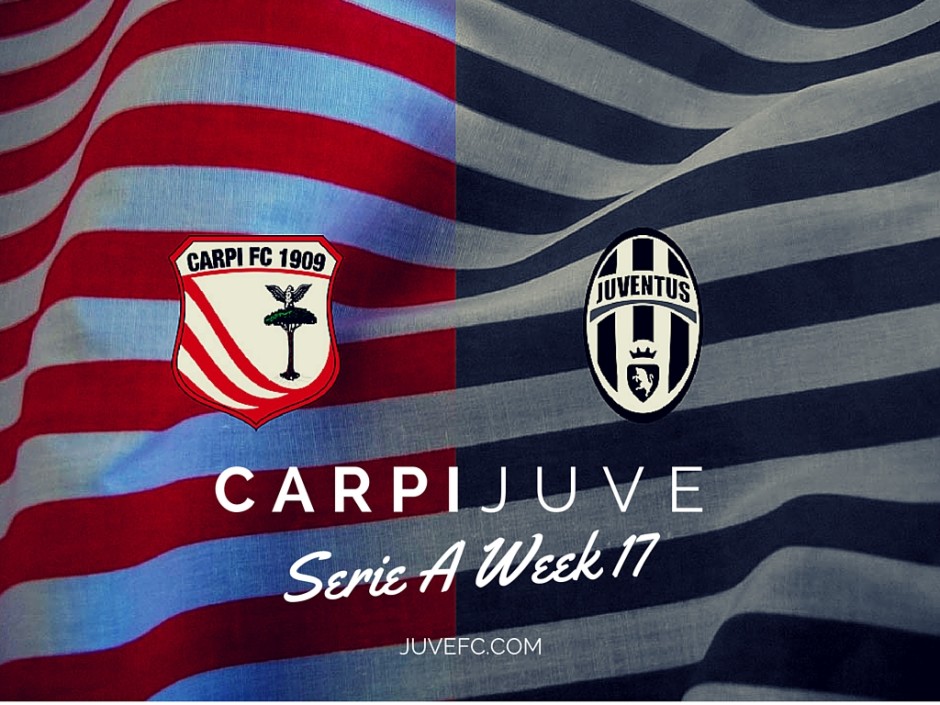 In what was one of their best performances of the season, Juventus convincingly knocked out Torino and advanced to the next stage of the Coppa Italia. Unfortunately, Juventus are in the “good” side of the bracket, so they will have go through Lazio and one between Napoli and Inter to reach the final, most likely against Milan, but you never know, Spezia, Alessandria and Carpi have already pulled off upsets.

Simone Zaza scored a brace on Wednesday and he has now tallied five goals in the season: one every 73 minutes. I am sure Juventus would be happy to keep him in January after spending €18M in the summer to buy him back from Sassuolo, but he will be certainly be a topic of conversation in the upcoming month. No matter the tactics, Zaza is clearly the last forward in the pecking order and will see playing time only occasionally. He might not be super talented and might have already reached his ceiling, but he can score and considering the paucity of good strikers, he is well positioned to be called up for Euro 2016, but he needs to play. We will see what will happen: since Alvaro Morata’s buy-back clause looms large over the plans for the attack, Juventus might want to hold on to Zaza until there is more clarity. There are many Serie A teams in need of a striker just for six months this season.

It is unclear what the management is planning in the transfer market, which will likely means that they will do nothing. There has been some chatter about Ezequiel Lavezzi, who has an expiring contract and would like to come back to Italy: he would certainly help when we use a trident and Giuseppe Marotta loves nothing more than a good player with Serie A experience on a favourable deal. However, the competition is said to be fierce.

The other, very feeble, rumours involved a possible big move in the midfield, with either Ikay Gundongan or Joao Moutinho coming in. I do not really buy those, but you can understand the reasoning: only two midfielders, Paul Pogba and Stefano Sturaro, have not missed time with injuries this season. But let’s not forget that Juventus had to leave out of UEFA list Kwadwo Asamoah and Simone Padoin in September, so the addition of another quality player would mean that they will have to make some tough business decisions on either the Ghanaian international, Hernanes or Mario Lemina.

As for the Carpi game, there are the usual doubts about the lineup: on the flanks, Sami Khedira and in the attack. It looks like Massimiliano Allegri is now systematically rotating the four wing players, which is a wise move, so in this one Juan Cuadrado and Patrice Evra should start. The coach believes that returning players can gain rhythm only by playing few games in a row, so Khedira is likely to feature from the get go, but much depends on the conditions of his hamstring. Mario Mandzukic was give the day off in Coppa Italia, Paulo Dybala played only a portion of the game but scored anyway: this should be once again the starting duo. However, even if he did not score, the one against Torino was a very encouraging performance by Morata, with a lot of movement and a couple of sweet assists.

Hernanes has recovered from his injury, while Roberto Pereyra will return in the new year. Asamoah has recovered while Lemina remains out.

Carpi sit in 19th position, six points below the final spot that would guarantee the permanence in Serie A. After dominating last year’s Serie B, they are struggling in the top league and is easy to pinpoint why. Their style, an old school “catenaccio e contropiede” which means parking the bus and countering, has not worked in Serie A against superior attacks and organized defences. Also, their best players from last season, Jerry Mbakogu, Antonio Di Gaudio and Lorenzo Pasciuti, have not been effective.

Furthermore, they had a messy reinforcement campaign, adding a bunch of young players that have barely seen the field, let alone contributed. The sporting director Sean Sogliano quickly fired Fabrizio Castori after few poor results in a row to hire his man Giuseppe Sannino, a move that made no difference whatsoever. Now Castori is back and Sogliano has been sacked. What was a very quiet and traditional reality in Serie B last season now looks like a dysfunctional organization.

They have not won many games at home, but at least they have been scrappy and hard to score on. They have bottled up both Milan and Napoli and put up a good fight against Fiorentina and Inter. At home, they seem to have recaptured their defensive mentality, therefore it will take a lot of patience. They are not irresistible by any stretch, but you have to bring it and not go into the game thinking that it will be a cupcake.

Castori has tried different formations and most recently has installed a 4-4-1-1 integrating many of last year’s players with some veterans, which is what they should have done from the beginning. In the defence, they have moved away from Gabriel Silva, using Cristian Zaccardo and Gaetano Letizia, easily their best player this season, as right backs and Simone Romagnoli and Riccardo Gagliolo as the centre-backs. The returning Nicolas Spolli could replace one of the two.

Pasciuti and Martinho have been the wingers in the last two games, but Di Gaudio could have earned himself the starting job by scoring against Fiorentina in Coppa Italia. In the midfield, Luca Marrone and Isaac Cofie battle out to play alongside Lorenzo Lollo. Most of the doubts lie in the attack, where they can really use any of the combinations between Marco Borriello, Jerry Mbakogu, Ryder Matos and Kevin Lasagna. At this stage, Borriello-Lasagna is the likely pair. Using Matos would allow them to have more flexibility as he can play also on the flank, with Martinho sliding in the middle to form a 4-5-1.

Matte Fedele and Igor Bubnjic have torn ACLs early in the season, while Federico Gino, Gaspar Iniguez and Wallace are no longer included in their future plans and they will respectively return to Defensor, Granada and Chelsea, therefore they probably will not even be on the bench. 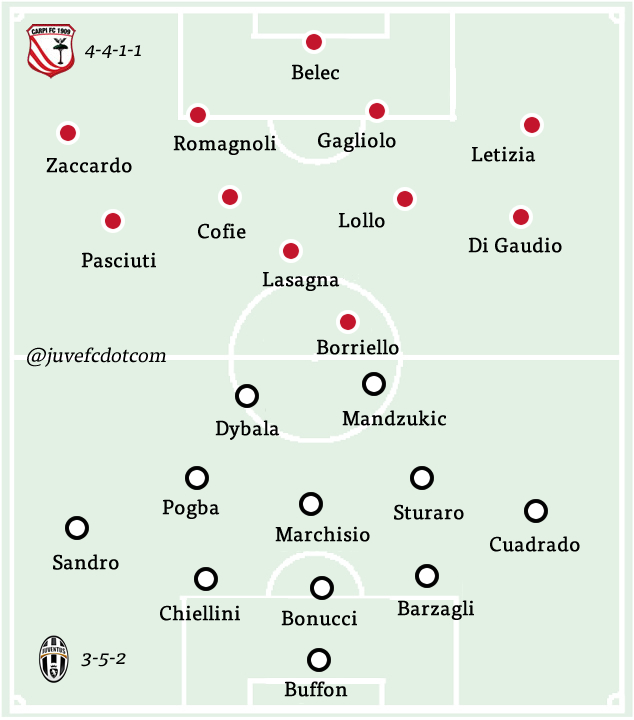