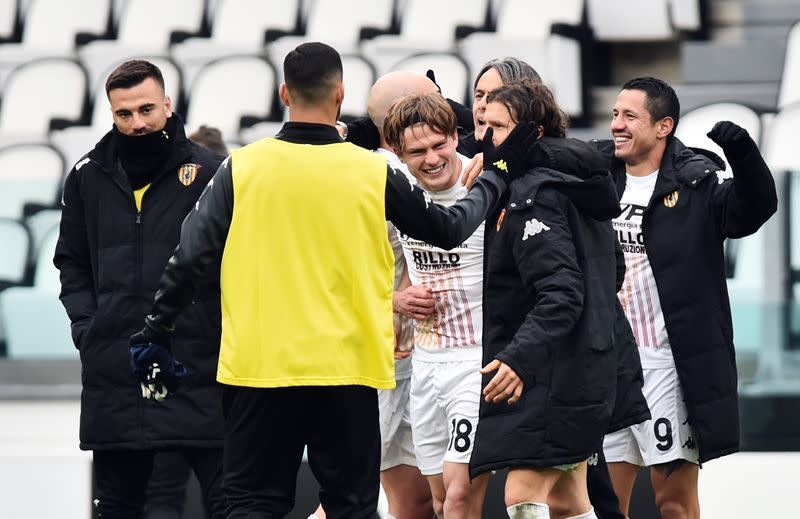 On Wednesday night, Juventus were once again sent packing for the Champions League round of 16, this time courtesy of Villarreal.

The Bianconeri failed to capitalize on their chances early on, and eventually paid the price following a late Spanish onslaught. The match ended 3-0 in favor of the Yellow Submarines (4-1 on aggregate).

While Sunday’s upcoming meeting against Salernitana could be a decent opportunity for the Bianconeri to bounce back, la Gazzetta dello Sport warns from a previously witnessed scenario.

Last season, Andrea Pirlo’s men were knocked out from the same stage of the competition at the hands of Porto.

In the following weekend, they hosted Benevento who were a newly-promoted side that was struggling at the bottom of the Serie A table (reminiscently to Salernitana this season).

And yet, the Sorcerers added to the Old Lady’s misery by pulling off a shocking win at the Allianz Stadium. Arthur Melo played a poor horizontal pass at the back, allowing Adolfo Gaich to score the lone goal of the encounter.

It is also worth mentioning that both Salernitana and Benevento reside in the region of Campania.

Therefore, Juventus must not let their guard down this weekend, Instead, Max Allegri’s men must reenergize themselves despite the exhausting schedule, and make sure not to squander three important points.

Allegri shrugs off Dybala dispute: “They made a request and I said no”