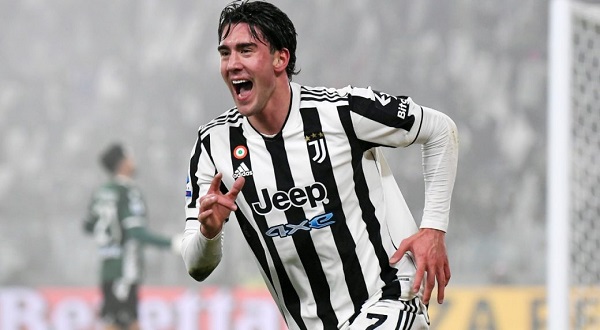 Fiorentina sporting director, Daniele Pradè, has appeared to play down the role Dusan Vlahovic will play when La Viola faces Juventus in the Coppa Italia semi-final.

The striker left Fiorentina for Juve in the last transfer window. He has been in stunning form at the Allianz Stadium.

He has two goals in two games for the Bianconeri so far, and one of them was the winning goal that set up the Coppa Italia clash.

Fiorentina overcame Atalanta to reach the semi-final and would now face Juve over two legs.

Vlahovic will have a very hostile reception, and he would look to do damage against his former side.

However, Prade said it takes more than one player to make the difference in matches.

He said via Tutto Sport: “A player never makes the difference, but a group makes it: 55 people who leave for a trip, starting from the warehouse workers, from physiotherapists, from communication, from managers.”

Truly, one player doesn’t make all the difference, but a moment of genius from an individual could change everything in a game.

Vlahovic has proved his worth in the last few seasons, and the Serbian knows La Viola players very well.

But he would still need support from his Bianconeri teammates to perform well in the game.

Pogba wants a Juventus return, and they are working on it