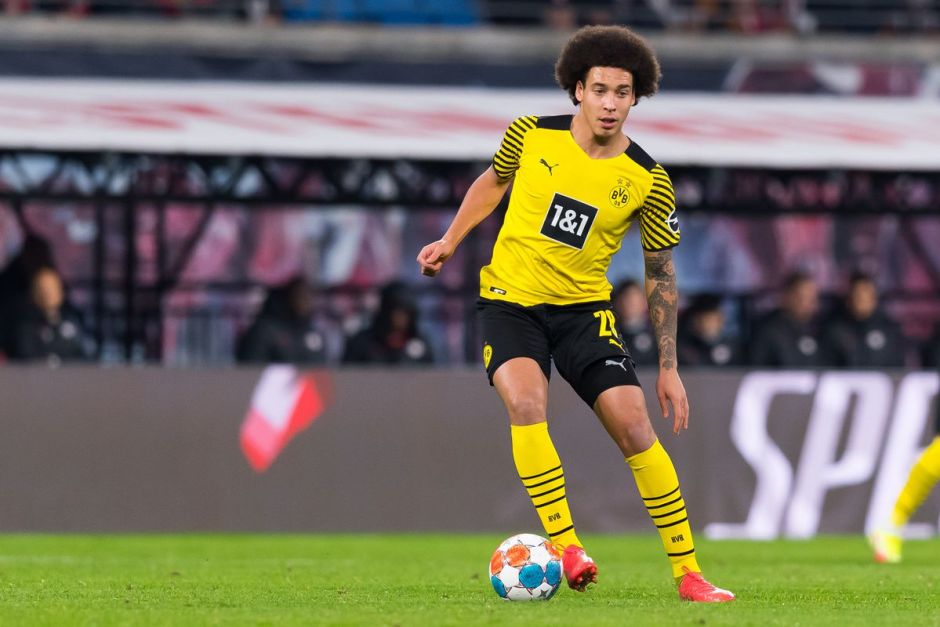 A report reveals why Allegri wants this player at Juventus

Reports have linked Juventus with a move for Axel Witsel as their current midfield struggles to meet expectations.

The Belgian is in the last months of his current deal at Borussia Dortmund and would likely leave the Germans in 2022.

Juve wants to be his next club and Tuttosport via Calciomercato reveals that Max Allegri is personally pushing to sign the former Benfica man.

The report even gives the reasons Allegri wants him in Turin.

The Juve gaffer believes he has the quality and experience to thrive at the Allianz Stadium and wants the midfielder to be in his squad next season.

The current Juve midfielder has been shockingly below-par. Even Manuel Locatelli, who starred for Italy at Euro 2020, hasn’t been in pleasant form at the club.

This has made Allegri’s task of rebuilding it much harder than expected.

The returning gaffer now knows his midfield is a problem spot, and the club needs to back him to reshape it.

Witsel would probably join at the end of this season, but the Belgian might be helpful for the second half of this campaign if Juve can pay some money to sign him in January.

However, Dortmund is challenging for the Bundesliga title and might not allow him to leave mid-season.

Juventus open to selling struggling midfielder not Ramsey or Rabiot