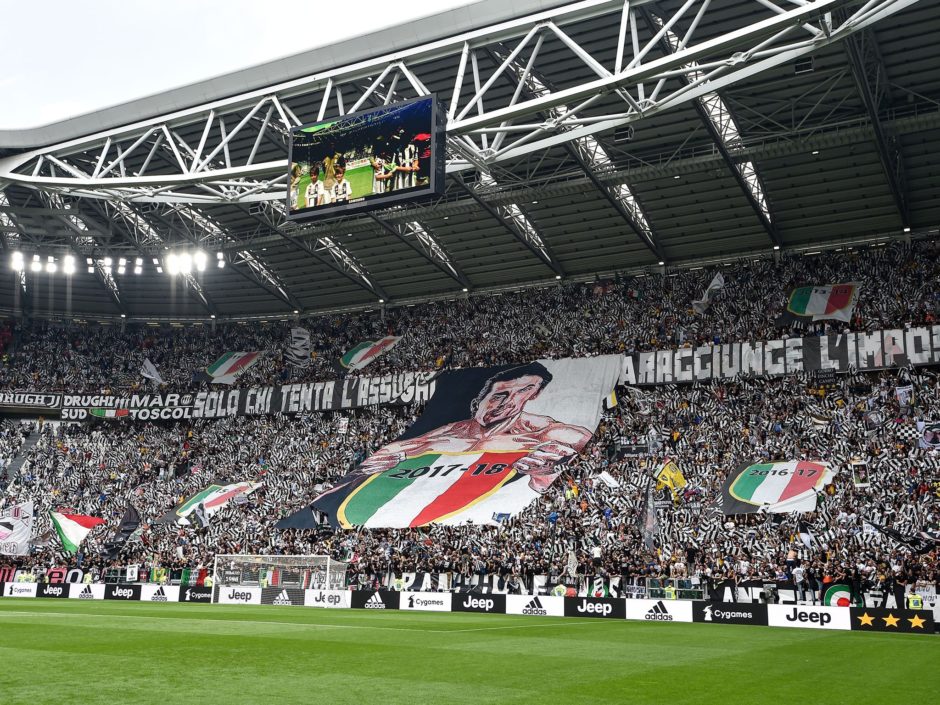 A View from the Curva Sud

The following is a guest post from Maurizio of AroundTurin

I’m a season ticket holder in Curva Sud since forvever and even if I’m not part of any organised group, I always loved to go there because that is my natural environment. I like to stand and sing for 90 minutes, I like to jump and hug my friends every time we score (without having a steward next to me telling me to sit down), I like to feel the roar of the stadium from the heart of it.

I always loved the passion and the sense of community in Curva Sud. I always felt at home in Curva Sud and I would never trade a seat in Curva Sud with a much more expensive VIP ticket including food and drinks. Never. At the moment however I feel disillusioned and frustrated and while I could agree on some of the points of the Ultras protest… I definitely don’t agree on others.

The Stadium has a capacity of 41.000 seats. Curva Sud is one entire end of the Stadium and has a capacity of around 7.000 seats where roughly 25% of them belong to organised groups (also called Ultras). The remaining 75% are ‘normal’ fans and not affiliated to any ultras group.

Ultras are a type of football fans renowned for fanatical support. The term originated in Italy but is used worldwide to describe predominantly organized fans of association football teams. Songs at the Stadium are normally launched by Ultras who, being organized, can easily involve a large number of other fans sitting in Curva Sud and in other sectors creating a unique atmosphere for everyone: fans, players, the Club, people watching on TV… they all benefit from it. This somehow worked very well since the Stadium opened in 2011 and until the season 2016/17.

In September 2017, Juventus president Andrea Agnelli was banned for one year by the Italian Football Federation (FIGC) for his role in selling tickets to Ultras that encouraged touting. These tickets were indeed re-sold by the Ultras in the black market generating a consistent income for them and these funds also supported illegal activities linked to some mafia groups. The appeal completely ruled out all possible links between Juventus and organised crime.

This sentence signed a ‘point of no return’ for the relationship between the Ultras and the club and many things started to happen:

– Curva Sud banned for one match (as part of the sentence)

– Many Ultras (identified by the Club as trouble makers, the same ones who previously attended matches freely) received a banning order (DASPO)

– Growing limitations on what is allowed at the stadium. Drums, many banners and flares are all currently banned. It is getting harder than ever to generate atmosphere.

There are additional factors which are affecting all the fans and not only the Ultras:

– Continuous price increase year after year. In 2011 a season ticket in the Curva was at €275, now it is €650 while the average job salary for a fan in Curva (which we can estimate in 1200-1400€ per month) basically remained the same in the last 8 years because the economic situation in Italy is not that healthy. Note that Champions League and Coppa Italia games are not included so adding them you easily reach a cost of €1000 per season if you want to see all the home games. In addition many fans don’t live in Turin so you should add the travel costs (transportation, food, sometimes hotel, …).

Many say… “well we signed Ronaldo, the fans should not complain with the ticket price increase”… However, a €100 increase for 7000 seats is €700,000 and one could wonder if it is worth alienating the most loyal fans for such a sum which could easily be gained over a 5 minutes negotiation when selling/buying a player (just like the Bayern Munich President said few years ago… and now Curva fans in Munich pay around €200 for the season ticket).

– New rules related to season tickets holders who want to resell their games. In many cases the official date and time of the game is set just two-to-three weeks before the actual game so you can’t plan anything. Sometimes we even play on a Friday night and many can not travel to Turin because of work. As a general rule, if you can’t go to a game, you can only re-sell to someone with a Tessera del tifoso card which reduces your chances of getting some money back. Moreover, the Club imposed the rule that each season ticket holder can only sell games to a maximum of 3 different people during the season (with Tessera del Tifoso) or as an alternative, sell it back to Juve with very favorable conditions for the Club: you basically get €10-15 back from the Club but the Club will then re-sell that ticket in the market at full price (it’s like they sell it twice…).

Like it or not Juventus is now driven by business which is perfectly fine knowing that the Club (and us!) want to compete with all the other big teams… however this has some negative effects on the fans too and not only because of the money involved. There is no more room for romanticism anymore (ask Claudio Marchisio). What’s the point in getting excited about a player if they can be sold just because a good offer comes the next summer? Things have clearly changed (for the best many people say… for the worse some other reply). The passion is slowly dying and fans feel being treated as simple customers of a football stadium.

Curva Sud Ultras are currently on strike and the Stadium became little more than a theatre in recent months. Certainly the lost business around tickets is the main reason BUT all the other points mentioned above must be taken in consideration. If the organized groups don’t sing… most likely no one else does it (even if in the last game something new happened and other sectors started to sing something… )

At the moment I feel disillusioned and frustrated and while I could agree on some of the points of the Ultras protest… I definitely don’t agree on others. I don’t agree on the racist songs (who are mainly done by few people in Curva and mainly to have the Club fined and have the Curva Sud banned)

I don’t agree when songs/insults against other teams are more frequent than songs/support toward our team and players.

I’m firmly convinced that organized groups provide a service and they could be extremely powerful if properly managed. If organized groups (and note… they can be in Curva Sud, Curva Nord, Tribuna… I don’t really care!) do their job and let the stadium become a fantastic noisy stadium like it was before… then they deserve something back. Everyone will benefit from it so it makes a lot of sense (to me at least) to reward them back.

I like the Bayern Munich approach. Why don’t we do something similar? Season tickets at €200-300 per season for the members of recognized organized groups. It’s an investment done by the Club but in exchange they get fans who guarantee full support for 90 minutes. Define some guidelines, agree on some rules. No racist songs, no bad behaviors or you are out forever. We have the technologies to punish who is behaving bad, let’s use them!