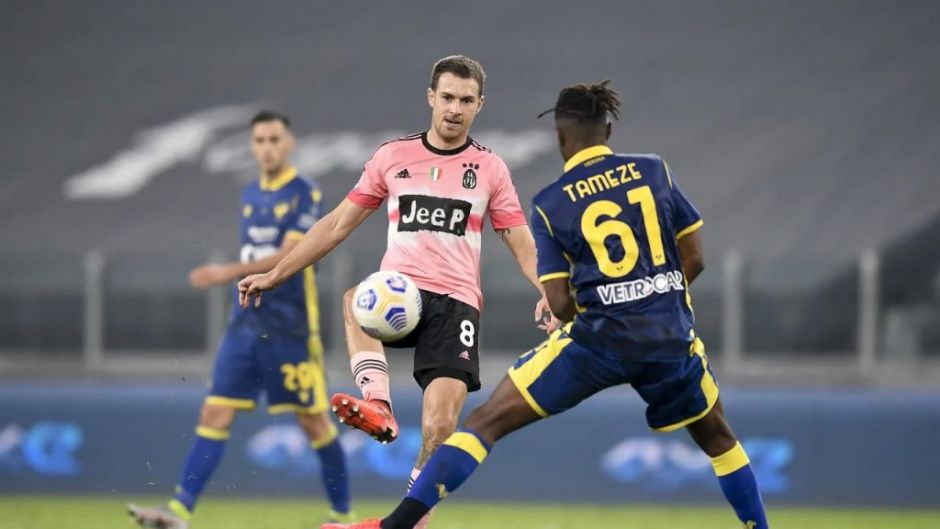 Aaron Ramsey has hinted that he is suited to a deeper role which includes more defensive duties ahead of Juventus’ crunch Champions League clash with Barcelona.

The Old Lady have struggled for form so far this season, with the manager refusing to use the same system twice in a row, and we now have to raise our performance ahead of our Champions League fixture on Wednesday.

Our side stuttered to a morale-suffering 1-1 draw with Hellas Verona last night, with our opponents piling pressure on us from the get-go, and we will need to come together in order to rectify those issues quickly.

Aaron Ramsey admitted that Verona’s pressing caused them too many issues yesterday, and claimed that they are struggling to find the balance in their new system, before hinting that he could play in a deeper role.

“It was a difficult match, they pressed a lot across the field, we went down a goal, but we recovered and tried to win. We are trying to learn a new game system and we need to improve and be balanced,” the Welshman said after the final whistle (via Juventus’ official website).

“My role? I also try to help cover in defence, that’s one of my characteristics. Now, the match against Barcelona awaits us, it will be a difficult one, but we will play here at home and we will have to react to tonight’s result and play a great match.”

With Cristiano Ronaldo, Paulo Dybala and Alvaro Morata all expected to fit into a front-three upon the Portuguese’s return to action, Ramsey may well be forced to consider playing deeper or vying for a role out wide, but his all-round game could be vital in a central midfield role.

Will Ramsey struggle for minutes once everyone is fit, or does his all-round game mean he can flourish in a range of roles for Pirlo?