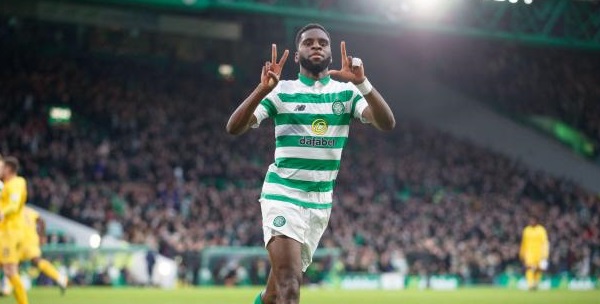 Odsonne Edouard seems to have paid his dues by scoring goals with reckless abandon in Scotland for Celtic.

He is certainly going to follow the footsteps of other strikers that have used the Bhoys as a stepping stone to greatness.

A report from England as cited by Calciomercato says that the Frenchman is wanted by AC Milan and Juventus who both need additional strikers in their squad.

He has been Celtics main striker over the last few seasons and he scored 29 goals in 47 goals for them last season.

He has already scored 9 goals in 20 games for them in this campaign and that has kept the interest in him very high.

Juventus needs a backup striker to Alvaro Morata who has been in fine form for the Bianconeri this season.

But the Spaniard needs help and Juventus need another striker that can score goals when Morata isn’t available.

Milan similarly wants a backup striker to Zlatan Ibrahimovic and they think that Edouard can be that player.

Celtic knows that he won’t be with them forever, but they will not want to allow him to leave them on a cheap transfer.

Ideally, Juve will need to strengthen their team next month as they struggle to catch up with the teams at the top and it remains unclear if they will move for Edouard once the January transfer window is open.