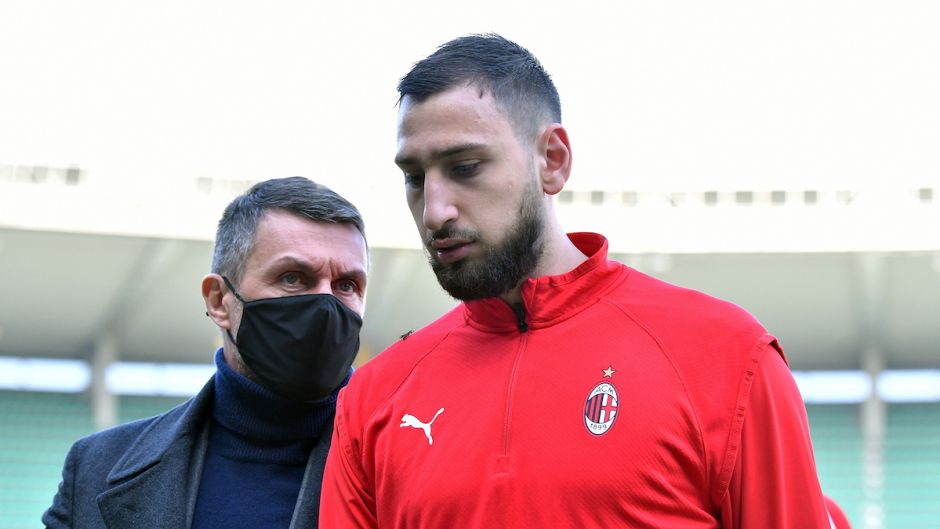 Paulo Maldini has confirmed that Gianluigi Donnarumma will leave AC Milan this summer on a free contract, with Juventus strongly linked.

The Italy international is believed to be the wishlists of some big European clubs at present, but the Old Lady have been linked with his capture for a number of months.

Excitement about that speculation becoming a reality is set to increas tenfold following confirmation that he will not be signing a new contract with the Rossoneri.

“He was a protagonist, a leader and often a captain,” Maldini told AC Milan’s official Twitch channel.

“A professional must also be ready to change his shirt,” Maldini continued. “It is increasingly difficult to start a career in one place and finish it there.

“We must thank those who gave so much for Milan and Gigio did it, without ever disrespecting the club. Our paths divide here and I can only wish him the best.”

Gigi Buffon is also stepping down in Juventus meaning there is already room for a new addition at the club, although Donnarumma arriving at the club would surely be of concern to Wojciech Szczesny as number one.

The Polish international could well find himself on the transfer list should Gigio agree to join.

Could Szczesny agree to stay and fight for a place with the young Italian? Does anyone think Donnarumma could be going elsewhere?