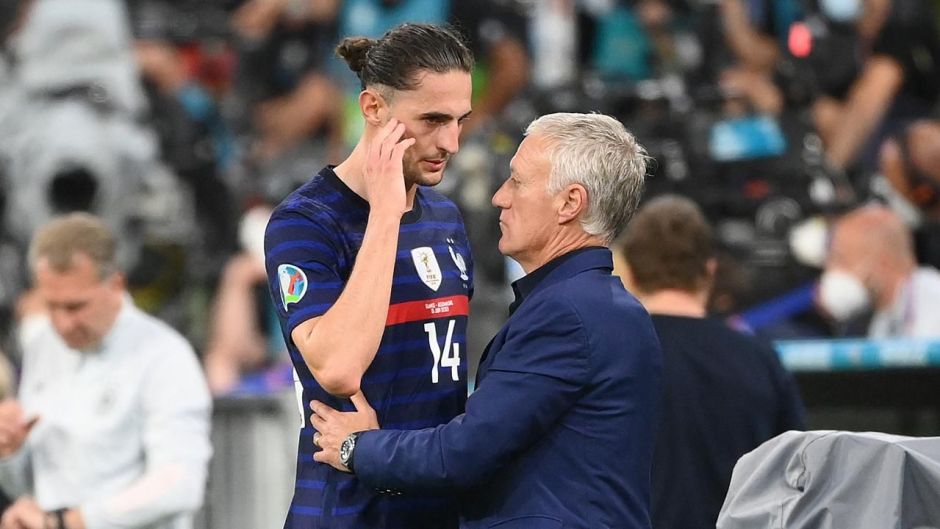 In the opening match against Australia, Adrien Rabiot played a key part in France’s maiden victory in the World Cup, nodding home the equalizer before teeing up Olivier Giroud to put his side upfront.

Nonetheless, his second outing against Denmark wasn’t as spectacular, even if it ended with a second victory for Les Bleus who became the first team to officially reach the knockout stages.

As ilBianconero explains, it was an industrious display from the Juventus player who ran hard and won back countless balls for France.

According to the source, Rabiot made 30 touches, his passing accuracy was 95.8% and took three shots, including a header which was denied by a brilliant save from Kasper Schmeichel.

Nonetheless, the 27-year-old’s display was marred by a blunder he committed which led to the Danes’ equalizer. His slow reaction saw him losing track of Andreas Christensen who headed the ball home from close range.

The Juventus man was hellbent on making up for his mistake, and almost restored France’s lead with acrobatic shot reminiscent of Richarlison’s wonder goal for Brazil against Serbia. But unfortunately for him, the ball went just over the bar.

At the end of the day, Kylian Mbappé was the usual suspect who expectedly grabbed the winner for the defending champions.

While it was a mixed bag from Rabiot, Didier Deschamps will most likely continue to rely on him as a starter, but perhaps he’ll grant him and others some rest against Tunisia after securing qualification.