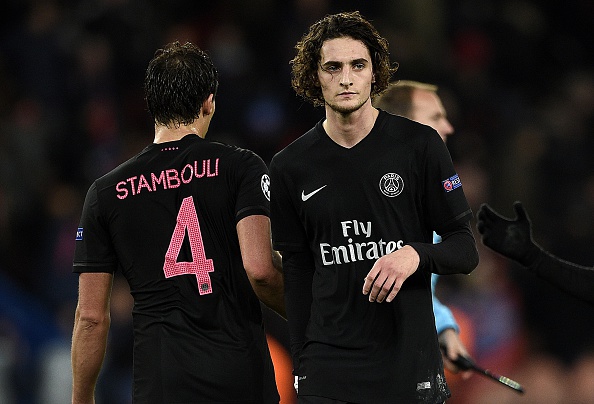 Juventus have been linked with a move for Paris Saint-Germain’s Adrien Rabiot as his contract negotiations have stalled.

The young midfielder is reportedly at loggerheads with PSG management over a new contract while his current deal is due to expire at the end of the season.

L’Equipe report that Rabiot is expected to turn down an offer of an extension with Paris Saint-Germain in favour of becoming a free agent next summer.

The 23-year-old will be free to negotiate a deal in the January transfer window with Juventus, Barcelona and host of other Premier League clubs interested.

Speaking after PSG’s 2-0 opening league victory against Caen, coach Thomas Tuchel admitted he was unsure on the player future.

“I don’t know, it’s Adrien’s decision. I explained the situation in Singapore. His contractual situation is clear, he still has one year on his contract.

“I like working with Adrien and I’m convinced he has the potential to be a top, top player for PSG.

“He’s an academy player, and in my mind it’s very important that we have players from Paris who came through the youth system.

“The situation is what it is though. Adrien must make a decision, he has to confirm that he wants to play for the club.”

Buffon and Lichtsteiner back Juventus for success