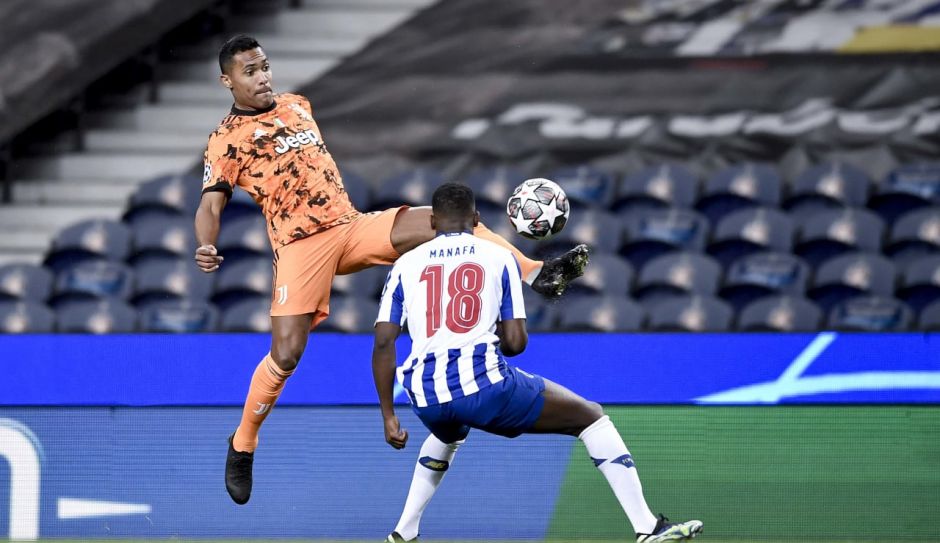 Alex Sandro claims that his Juventus side was ‘defensively careless’ against Porto, but claims that our late goal is ‘important’.

The Portuguese champions were the better side for around 80 minutes of the clash, with the Old Lady struggling to find space, retain possession in long spells or find any space in the final third to cause our opposition problems.

The final 10 minutes the game came alive for us however. Federico Chiesa found the net after some neat build-up by Aaron Ramsey and Alvaro Morata resulted in the latter’s cross which found the Italian winger, who made no mistake with his one-touch effort.

Our full-back Sandro insists that the goal is important in regards to the tie, and has urged his side to bring focus into the next leg which will decide whether they participate in the next round or not.

“Chiesa’s goal was important,” the Brazilian told reporters after the final whistle (via Juventus.com). “We wanted to win, but it’s better to go back home with a 2-1 defeat and an away goal [than nothing] which must give us confidence for the second leg.

“We found it tough in the first half. They kept it tight and we weren’t patient enough to build up our attacks. We were defensively careless for both of their goals.

“Porto always do well against the top sides and we expected that. We’ll have to be more focused in the next game.”

I can’t help but feel confident that our team will pick themselves up with the importance of the next leg, as our team has showed on a number of occasions that they relish the bigger occasions, as does Cristiano Ronaldo in particular.