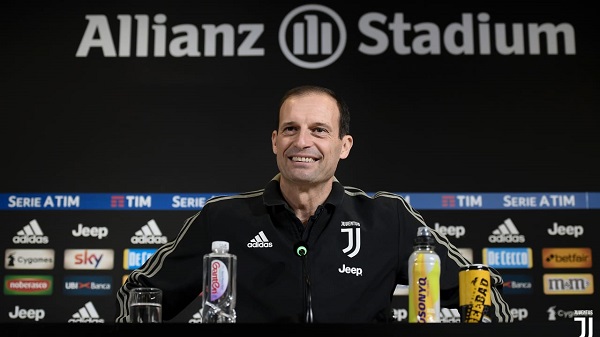 Allegri admits Juventus win over Verona was an ugly one

Juventus manager Max Allegri has admitted their 1-0 win against Verona yesterday was certainly not an easy win.

The Bianconeri survived two VAR scares to secure a fifth consecutive league win and boost their standing on the league table.

Max Allegri’s men have been in poor form for much of this season, but they have been putting together a fine winning run in the league in recent weeks.

Fans are hopeful the run will keep going, but it hasn’t been an easy ride for the Bianconeri.

The result against Verona could have been different had VAR given them a penalty, but Juve rode their luck and won.

After the game, Allegri admitted via Calciomercato:

“It was certainly not a good game on a technical level, but the guys who understood how this game was to be played and played it like this were good. It is an important sign for the team. We come from an important period with so much effort and many players out. The substitutions helped us, but I can’t say anything to the boys”

Verona has been tough for Juve to beat in recent seasons and they showed again that they know how to frustrate us.

Thankfully we ended the game with a win and will now look to build on that success in our next game.