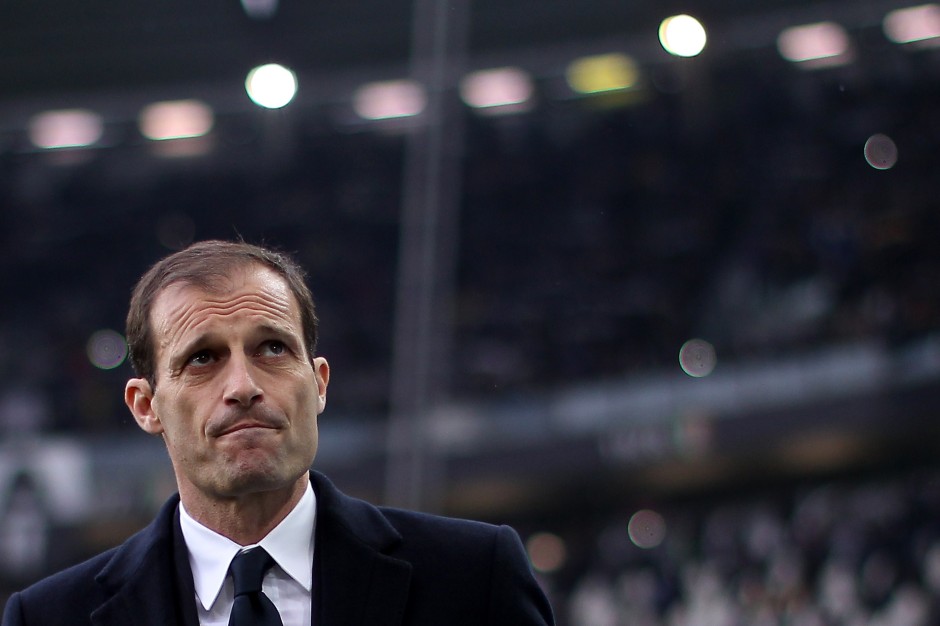 Max Allegri confirms that Gigi Buffon, Paulo Dybala, Gonzalo Higuain and Mario Mandzukic will start in the SuperCoppa against Lazio and warns against trying to replace Leonardo Bonucci.

Speaking ahead of the match, Allegri refelected on a long summer and the aims and ambitions of the club for the year ahead.

“I am a Coach who tries to do as little damage as possible with the squad at my disposal. I reflected to see if I still wanted to challenge myself and go forward. I thought this squad could start another important season,” he told the press conference.

“A new season begins, we’re all on a level playing field. After the defeat in the Champions League Final in Cardiff, we must use that anger to start the new campaign. We must be aware of our strengths and aware that it takes hard work day by day.

“The important thing is to be challenging for the Scudetto, Coppa Italia and Champions League in March.

“Lazio had a good pre-season, they scored many goals and didn’t concede. Juventus have always had great respect for their opponents and that will be the case tomorrow.

“The Spurs match? At a certain point of that game, I really hoped we wouldn’t score a goal, because I thought it was the ideal situation to get a good kicking ahead of the Super Cup.

“You need that to shake you up sometimes. This is going to be a tough test and we need the real Juventus. There’s a big question mark over this game.

“Playing for a trophy in August means the players aren’t yet in good shape, so the mind becomes even more important.

“When new players arrive at Juventus, they all need to go through the same journey, realising what Juventus means and above all that every ball played is an important one,” said the Coach in his Press conference.

“Everyone went through it and the young players can learn from the example of the more experienced players to fully understand where they are.

“Bentancur is very talented, professional and intelligent, which is important. I see him in the middle of the park, but he played wide over the summer because we didn’t have many other options.

“I have three or four doubts on the line-ups, so telling you it now is tricky. Gigi Buffon is playing! So are Gonzalo Higuain and Paulo Dybala, as for the rest, we’ll see. Ok, Mario Mandzukic too. That’s all you’re getting.

“Bonucci? He was a great Juventus player, he gave a lot to Juventus, just as Juventus gave a lot to him. The mistake we must not make is to seek a player similar to Bonucci or who plays the same way. It’s impossible, like asking Stephan Lichtsteiner to play like Dani Alves. Every player is unique and must play to his own strengths.

“We change from three to four at the back based on the characteristics of the players. Experience tells me we often start the season with one system and then mutate it. Not everyone is the same, it takes a while to understand the right balance.”

Buffon: ‘No one better to wear the 10 than Dybala’