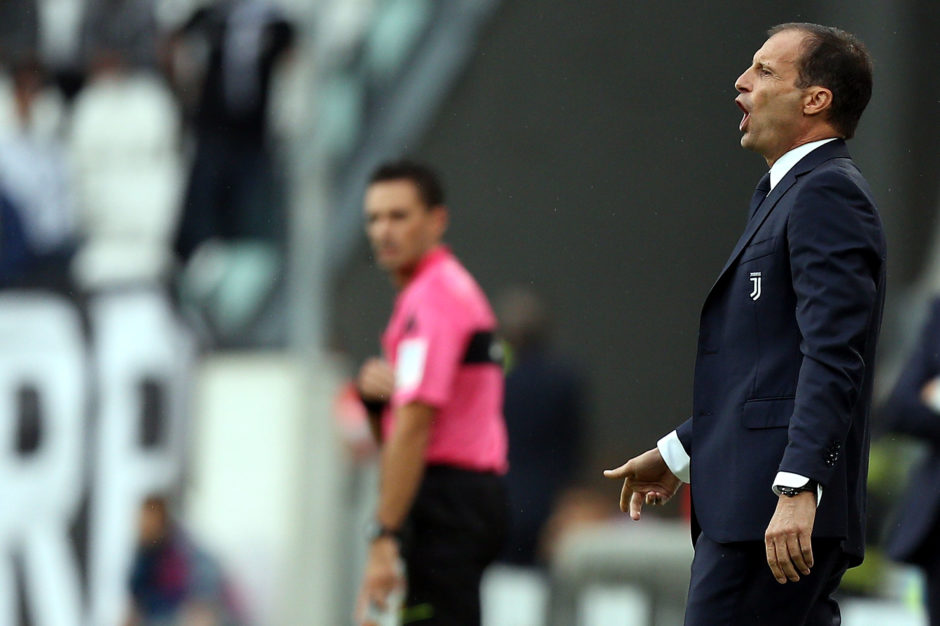 Max Allegri believes Paulo Dybala has what it takes to become one of the best players in the world and sheds some light on Juve’s injury list ahead of the Champions League clash against Barcelona.

“We played with three midfielders for the first time today and only really had a day to get ready, as the internationals all arrived on Thursday,” Allegri told Mediaset Premium.

“We allowed a few too many shots on target, that is something we need to work and improve on, but it was good to keep a clean sheet.

“Once Chievo started to lose intensity, our quality took over. It’s only natural that when the opposition doesn’t run as hard, it opens up more spaces.

“The change of system left Miralem Pjanic alone in front of the defence. He did well in some occasions to read the pass and intercept. In order to defend, you need everyone to work hard and make sure we don’t allow so many chances.

“Last season we conceded few goals and allowed very few opportunities too. It depends on how hard they work when the opposition has the ball. If you don’t concede, then it’s frankly rare that Juventus don’t score goals. You need to do well defensively and in attack to win trophies, so we got it wrong defensively in the Champions League Final with Real Madrid and that is why we lost.

“Dybala is improving a great deal and has everything it takes to become, along with Neymar after Cristiano Ronaldo and Leo Messi, one of the best players in the world.

“His future is with Juventus and I am very happy with that. Over the last three years we’ve done well and we have an important campaign ahead of us too.

“There are several sides who can challenge for the Scudetto, I think Torino and Lazio could also cause problems for the big clubs, and it will certainly be more difficult.

“Douglas Costa has to get to know his teammates and settle in. I always say it’s tough to play in Serie A, as the small to medium clubs are very organised and close the spaces with intelligent tactics.

“I think Douglas Costa would’ve done great things in the final half-hour when the spaces opened up, so he has to make an impact during the opening hour when there are very few spaces.

“Bernardeschi is young and made a big step forward from Fiorentina. He has to learn that when you are at Juventus, every ball you play is important.”

“Chiellini should start training with the squad from Sunday,” Allegri told the Press conference.

“Alex Sandro had a fever and we hope it has gone away. Khedira and Marchisio are definitely out. Khedira returned from international duty, where he had a knock to the knee, rested for a few days and played 30 minutes. The day after, he felt pain again. Basically, it will take a week or so to have him back.

“Mandzukic just picked up a knock on the calf, it shouldn’t be anything serious.

“I don’t know what system we’ll use, because Juan Cuadrado is suspended. I’ll have to see how we’re all doing on Monday and then decide.

“On Tuesday there are important points up for grabs in the race for first place, but our objective is to qualify for the next round, so the games we mustn’t get wrong are the second, third and fourth.”