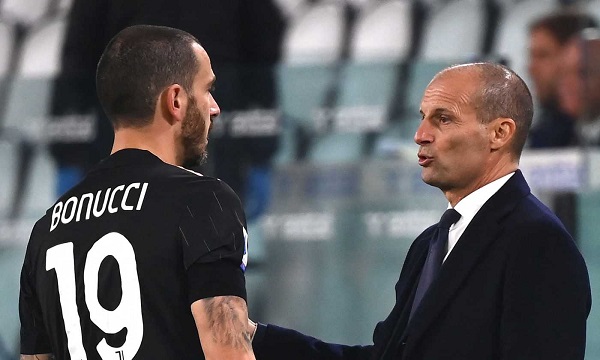 While Juventus were suffering their most embarrassing defeat thus far this season at the hands of Monza, Leonardo Bonucci could only haplessly watch from the dugout.

Whether the captain’s inclusion would have changed the final outcome or not remains a pointless debate, but his omission surely raised some eyebrows.

With the Bianconeri desperate for a win that could put their campaign back on track, Max Allegri decided to rest his most experienced defender, although the international break was right at the door.

This decision fueled rumors regarding another rift between the two men who share a storied love-hate relationship.

The Juventus manager spoke to the press ahead of his side’s upcoming meeting against Bologna on Sunday night, and the reporters forced him to tackle the matter.

“Bonucci had played three matches in a row [prior to Monza], so I preferred to keep him out. It was pre-scheduled,” said the Livorno native as quoted by ilBianconero.

“Despite being club captain, he’s 35 years old, and I have to carefully manage the game time of my most important players.

“We have many matches coming up. Two important weeks. Let’s take it one step at a time, let’s think about tomorrow’s game against Bologna.”