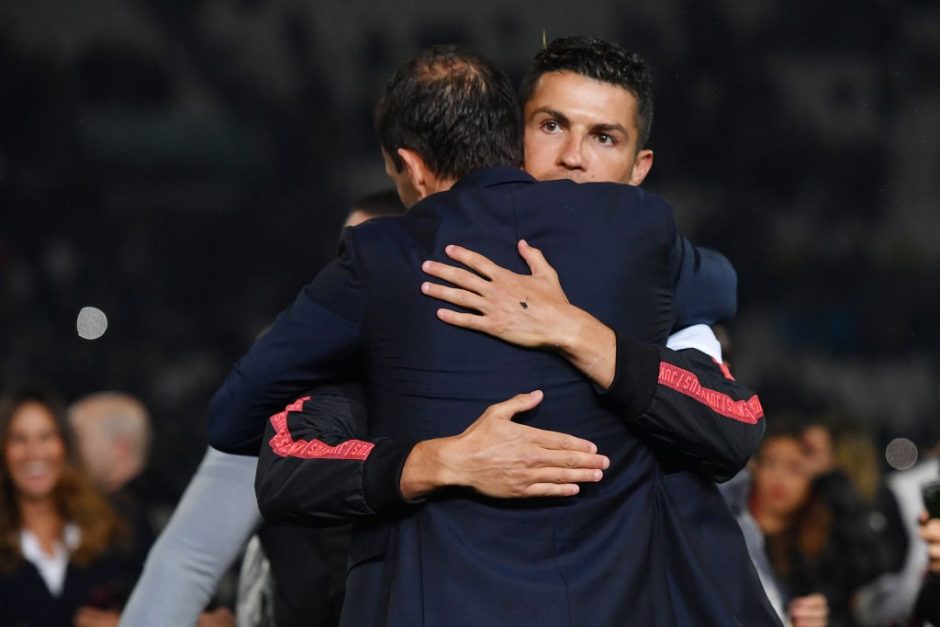 Max Allegri has no regrets about leaving Juventus and reveals he would choose to coach Cristiano Ronaldo over a young talent every time.

The former Bianconeri coach left Juventus in the summer and was replaced by Maurizio Sarri.

“I absolutely don’t regret the decision I made with Juventus, things mustn’t be forced,” Allegri told padovasport.tv.

“After five years, it was time to take a break. Perhaps the President had understood that before me.

“We came a long way, from when all kinds of vegetables were thrown at me in Vinovo…

“I still have a good relationship with Agnelli. We also spent some time together over the summer.

“He’s a young man with great views on European football. He’s doing everything he can to improve Italian football.

“Marotta? I won both with him and without him at Juve. He’s built a strong team at Inter and he made weighty choice with Conte. They can win the Scudetto.

“Ronaldo’s strength is mental: he’s 34 years old, he’s won the Champions League, Championships and Ballon d’Ors, yet he continues to give himself important stimuli, which make the difference.

“Technique is crucial to stay at high levels for many years, but the difference is made by the head and professionalism.

“Would I prefer to coach Ronaldo or a young talent? Ronaldo, without a doubt…

“I haven’t been watching Sarri’s Juve in secret but on TV. I’ve seen all their games, including a bit of Juventus-Napoli.

“Now that I’m out of work, I can finally enjoy the games. When I was coaching, I never watched them back.”

Juventus could reduce their asking price in attempt to sell midfielder

Alex Sandro: ‘It was tough at Juventus’