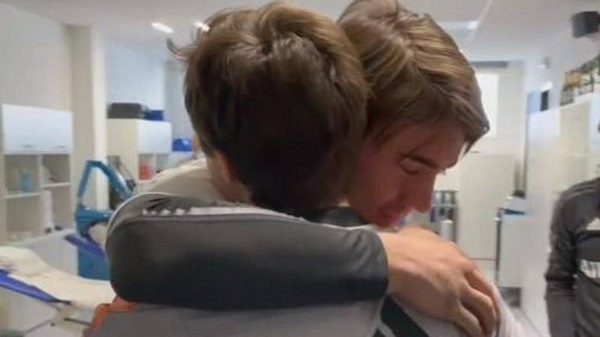 Max Allegri is refusing to focus on the prospect of partnering Dusan Vlahovic and Federico Chiesa in his attack now that the Azzurri star is back to full fitness.

Juve has had an inconsistent season, but they are now in fine form domestically, which could help them climb further up the league table before the World Cup break.

Allegri has struggled to get a fit team of his best players in this campaign, but Federico Chiesa is back after almost a year out on the sidelines.

The attacker played with Dusan Vlahovic at Fiorentina and the prospect of having them on the same team is an exciting one.

Reporters asked Allegri what he thinks about it, but the Bianconeri manager insists there is no point discussing what will not happen soon.

“It could be, but in this moment it is impossible. It is wonderful to talk about projects but let’s look at the immediate. Tomorrow there is Verona and with whom we have it will be necessary to play a great match from an emotional, technical point of view, a great match. Otherwise, we would throw away what we did with Inter and in the previous matches. To do it tomorrow we will have to play a tough match, I repeat in Verona Juventus have lost 3 of their last 5 games.”

Chiesa and Vlahovic are two of the best attackers in Serie A and they will make us much better.

Chiesa is still not 100 per cent fit, so it might take some time for him to start matches regularly.

However, when he gets into the team, we will have a top player on our hands and their partnership will make us unstoppable.