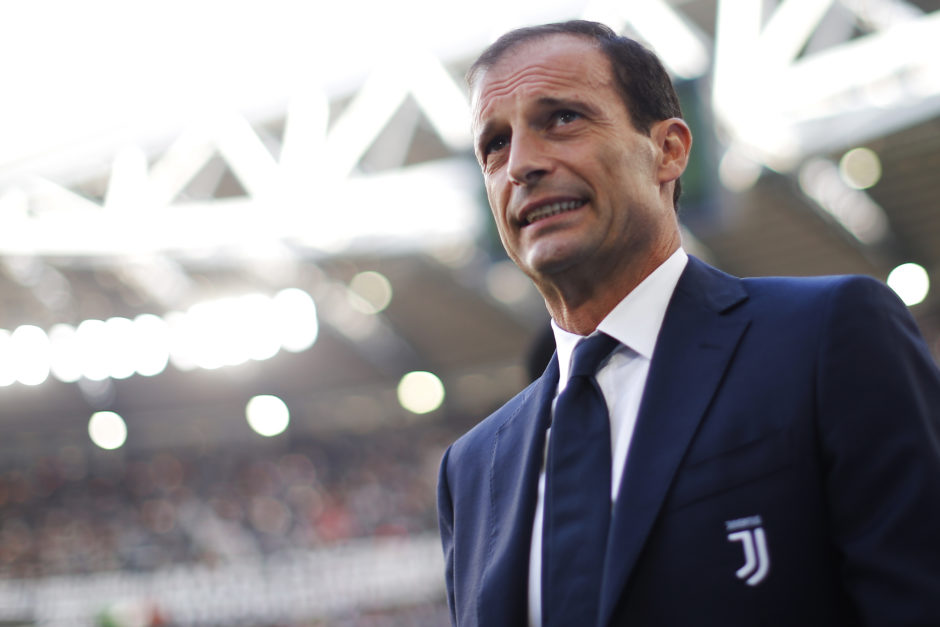 On Sunday night, Juventus will try to win their fourth Serie A match on the trot when they welcome Roma at the Allianz Stadium.

The encounter will witness the renewal of the rivalry between returning Bianconeri boss Max Allegri and José Mourinho who took over the capital club last summer.

On Saturday, the Italian tactician held his pre-match conference, and he appeared to be excited to meet the Special One once again.

“Clear ideas are big words,” Allegri said at his press conference as translated by Football Italia. “Today, for the first time, I see the whole team together.

“The Europeans returned between Wednesday and Thursday, while the South Americans arrived yesterday. Let’s see what we’ll do. I’ll decide in the morning.

“Juventus vs. Roma is always a great match where there has often been controversy. There’s [Jose] Mourinho, who has given them character. They are ahead of us, and we must score points to not fall behind the best in the championship.

“We need to prepare well and turn the switch back on immediately after the break.”

There has been many words spoken regarding Aaron Ramsey and his future at Juventus, but the manager reassured that he still relies on the Welshman’s services.

“There was nothing to clarify,” Allegri added. “I leaned a lot on Ramsey at the beginning. Then he got injured, but he has played two games with the national team at least.

“Tomorrow, I don’t know if he will start, but he’s a player I rely on.”

While Paulo Dybala was expected to return from his injury before his teammate Alvaro Morata, the coach revealed that the Spaniard is actually ahead of the Argentine in the recovery process.

“Morata will train with the team today, but it depends on the risks we can take with his availability,” Allegri added. “If not, we risk nullifying the work done by the doctors.

“Dybala, absolutely not. He’s far behind Morata. During the week I was reading that Dybala can play against Roma… Maybe the return leg.

“I think he will be available within a week, no more than 10 days.”

This will be the first time that Allegri and Mourinho go head to head since Juve’s Champions League encounter against Manchester United which ended with the Portuguese’s infamous ear gesture.

“Mourinho is a coach who has won a lot and I respect him a lot,” Allegri added. “It’s in his character to, every now and then, do like he did with Manchester a few years ago.

“Moreover, that gesture of the ears with Manchester United he did it at the end of Juventus’ most beautiful games. In the end, nobody remembers it because we lost.

“It pleases me to have a coach of his value back in Italy.

“Kean is fine, like everyone else,” Allegri added. “I haven’t decided anything yet. Without Morata, the choice would fall on him or on [Federico] Chiesa.

“Or on Kaio Jorge, who doesn’t have 90 minutes in him, but who is a very smart guy.

“I’m happy with Bernardeschi because he’s doing well, but he must not be satisfied. He must find that continuity of performance that depends only on the mental aspect.

“What has been done remains, what is ahead must be done. Tomorrow, we have a good match that would allow us to make another leap in the table.”

Adrien Rabiot won’t take part in the match after testing positive for Covid-19 during the international break.

“Expressing a judgment on COVID absences is impossible,” he said. “I’m sorry he’s not available tomorrow because he was growing.

“It means he will rest and play the next ones.

“[Matthijs] de Ligt rested with the Netherlands, and he should play,” Allegri said. “[Leonardo] Bonucci, [Giorgio] Chiellini and [Daniele] Rugani are fine.”

Weston McKennie was rumored to be heading towards the club’s exit doors, but the Italian manager feels that he still has much to offer.

“He’s not playing in the middle ahead of the defense, he’s a player with goals in his legs,” Allegri said. “Against Torino he did very well.

“I have great confidence in him, otherwise he wouldn’t play. Tomorrow, I don’t know if he will start or enter during the game.”