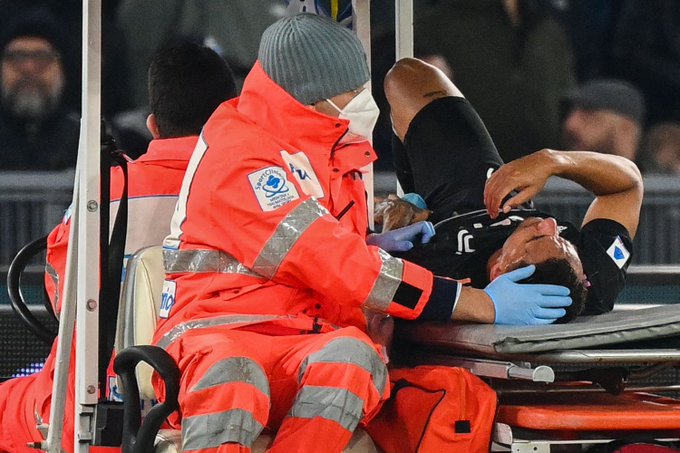 Juventus are set to take on Chelsea on Tuesday evening with the chance to seal top spot in our group.

The Old Lady have had a number of injury issues this term, and that doesn’t appear to be changing much any time soon.

Danilo is the latest player to be ruled out with injury, meaning that our full-back options are further stripped with Mattia De Sciglio already sidelined also.

Manager Max Allegri has now admitted that he expects the Brazilian to miss the next two months of action, but he did have some positive news ahead of the clash with the European Champions also.

“Danilo is out for two months,” Massimiliano said in his pre-match press conference(as translated by Juventus.com). “Kulusevski will be there, and Alex Sandro will definitely be back tomorrow. Dybala trained with the team and will be called up. We need to improve our conversion rate. We create important situations, but we are still making mistakes in the final third. Either Kean or Alvaro Morata will play. Or maybe both will be given a chance. Both did well against Lazio.”

It will be great to see Dybala back in the fold, but I hope we aren’t looking at taking any risks on rushing him back given his recent bad luck on the injury front.

Danilo will be a huge loss however, meaning that Juan Cuadrado will likely have to drop back in at RB, meaning we lose a little intensity down the right flank.

My biggest hope is just that we get through the matchup without losing any more players, as finishing first or second in the group appears a short-term boost whereas I believe our season is at a rocky stage and we could do with some positive luck at present.

Image: Confirmed Juventus squad for our trip to Chelsea