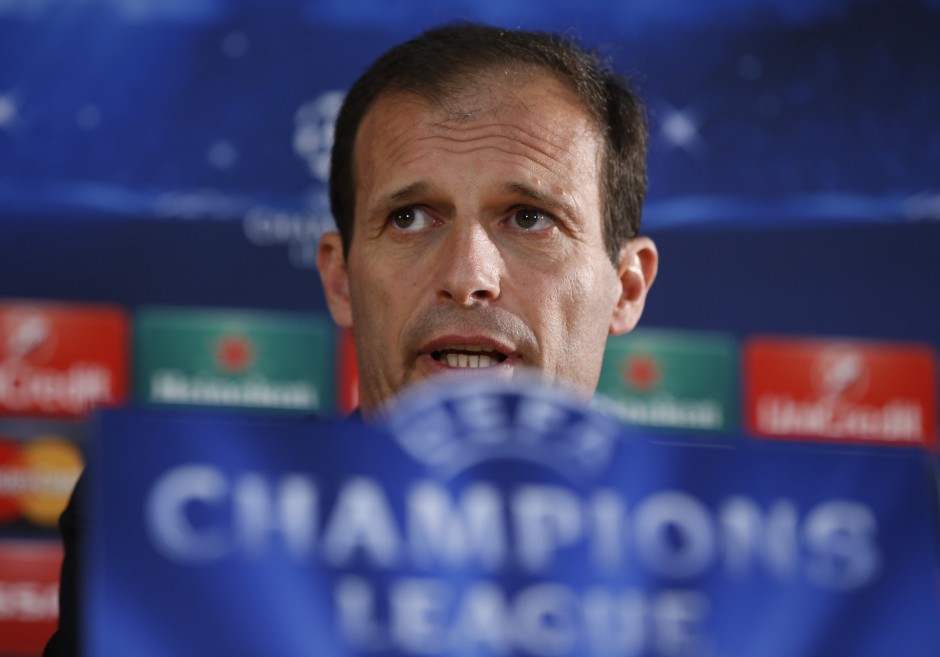 Allegri: “The details will make the difference”

“I don’t know what tactics Leonardo Jardim will adopt tomorrow. The tie is open and we only have a small advantage,” the Bianconeri boss told reporters in his pre-match press conference.

“In order to qualify tomorrow we need to score at least one goal and play the right performance with both our heads and our feet.

“Monaco are a tough team to play against and we know them a little better after the first leg. It’s going to be a difficult and very long game. This team defends well, has good technique and very physical strikers.

“The details will make the difference and we must never let our minds wander from the issue at hand.”

“I haven’t decided the line-up yet. The players we have on the bench are going to be fundamental too.”

Allegri had reached the quarter-final with Milan before, but never gone beyond that stage, so is the pressure weighing on him?

“It would be an important result to reach the semi-final and another step forward that this Juventus team can and must make.

“We should be very proud to be taking part in this game. These lads are doing something very important and we should enjoy the moment rather than think about what could happen in future.

“When I arrived the primary objective was to still be competitive in March on all fronts. It’s April, in Serie A we are in a strong position, we reached the Coppa Italia Final after overturning a home defeat to Fiorentina and now we hope for another wonderful evening to reach the Champions League semi-final.

“This squad has a great deal of potential. It can still improve and tomorrow we must be not just stronger, but better.

“I firmly believe tomorrow night we will put in a great performance and reach the Champions League semi-final.”

There were doubts about Arturo Vidal’s fitness after reports yesterday suggested he was suffering from tonsillitis, but Allegri assured the Chilean is ready for the game.

“He trained today and is at our disposal. He had a temperature on Monday, but was already feeling better yesterday.”