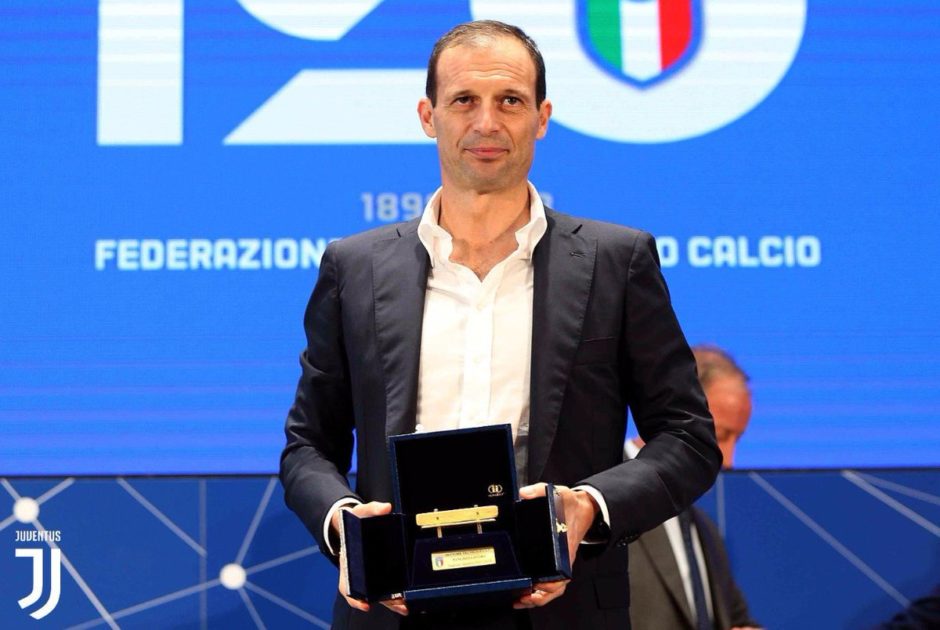 The Juve tactician has won the title twice already with the Bianconeri and once with Cagliari and paid tribute to team when accepting the award today.

“Like I always say, the less damage we do the better,” Allegri told the audience at Coverciano.

“I thank my staff, who take so much pressure off me and let me grow older more slowly.

“Credit must also go to the players and club. I hope to stay here for a long time. Now I’m more reflective. My years of experience in Serie A have let me grow.

“The objective is to win our eighth Scudetto and then this blessed Champions League.

“We’ll see if we have a bit of luck on our side. The important thing is to understand how we’ll be in March.

“The level has risen, so we must have the quality to match. For the Scudetto, however, our attentions are on Napoli and Inter.

“In the Champions League many teams have improved tactically but they are not yet at our level.

“They leave a lot of space between the lines of midfield and defence and we need to exploit those.

“The biggest disadvantage when playing foreign sides in the Champions League is that they all move for 90 minutes.

“In the youth teams we need to let children play with freedom, and then teach them tactical concepts afterward.”