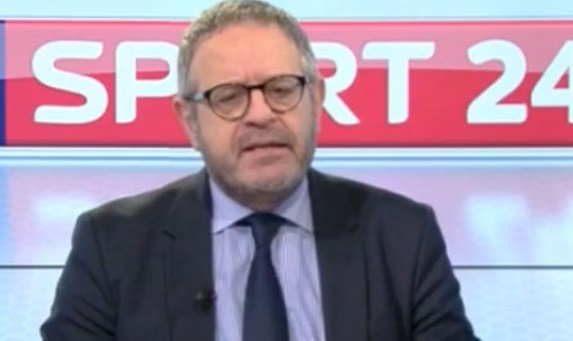 The Italian journalist, Giancarlo Padovan, has given his opinion on how Max Allegri lost the tactical battle to Inter Milan last night.

Juve wanted to end this season by winning the Italian Cup, and they faced Inter in the final.

The Nerazzurri have dominated the Bianconeri in this campaign, and they are arguably the strongest Italian club now.

Allegri would have loved to finish his first season back at Juve on a high, and winning the cup would have provided that.

The Bianconeri went behind through an early strike from Nicolo Barella.

But they scored two quick goals in the second half to overturn the result. Believing that he needed to secure the game, the Juve gaffer switched to a five-man defence.

Padovan believes Allegri made the wrong decision at that moment. He tells Calciomercato: “Massimiliano Allegri lost the final once again.

“He lost it when he was winning it (2-1) and twenty-four minutes from the end (an eternity) he switched to the five-man defense sending a negative message to the team.

“In fact, from that moment on, Juve lowered, then closed in the area and in the end, even if in circumstances that were not exactly clear (the penalty on Lautaro is more than doubtful), they suffered a draw from the spot when they were missing.”

In games like that, the managers earn their money, and we have to admit that Simone Inzaghi got one over Allegri in that fixture.

The Inter boss has a good record against Juventus, and Allegri will hope his team returns next season much stronger so they can avenge what the champions did to them in this campaign.

Juventus suffers defeat to another Milan club in the transfer market