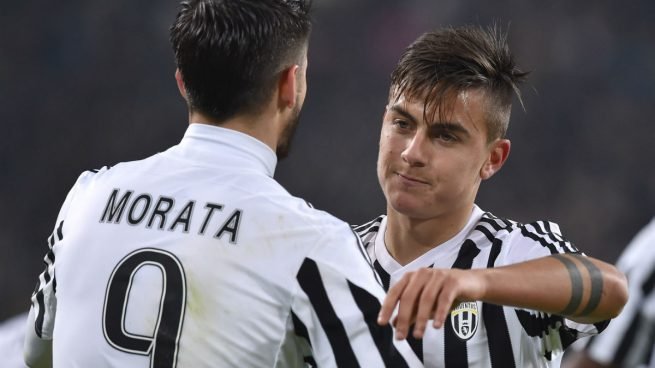 “Alvaro Morata comes from there, he spoke to me very well” Dybala flirts with joining Atletico Madrid

One big unsolved problem at Juventus at the moment is the contract situation of Paulo Dybala with the Argentinean attacker entering the final year of his deal.

Dybala’s current contract expires in 2022 and he has been in talks with the Bianconeri over a new one.

His demands haven’t been met by the club yet and he has rejected their offer of 10m euros per season.

Both parties are still talking and they hope to agree on a new contract soon.

However, as he continues to play without a new one, other teams are watching him to see if they can secure his services.

The likes of PSG, Real Madrid and Manchester United have been linked with a move for him.

A new name might need to be added to the list after the attacker spoke about the possibility of playing for Atletico Madrid.

In a recent interview via Il Bianconero, he said: “Alvaro Morata comes from there, he spoke to me very well. The people are very hot, then let’s talk about a great club.”

The Spanish side is battling to win La Liga this season and signed Luis Suarez in the summer when Juve encountered problems in signing the Uruguayan.