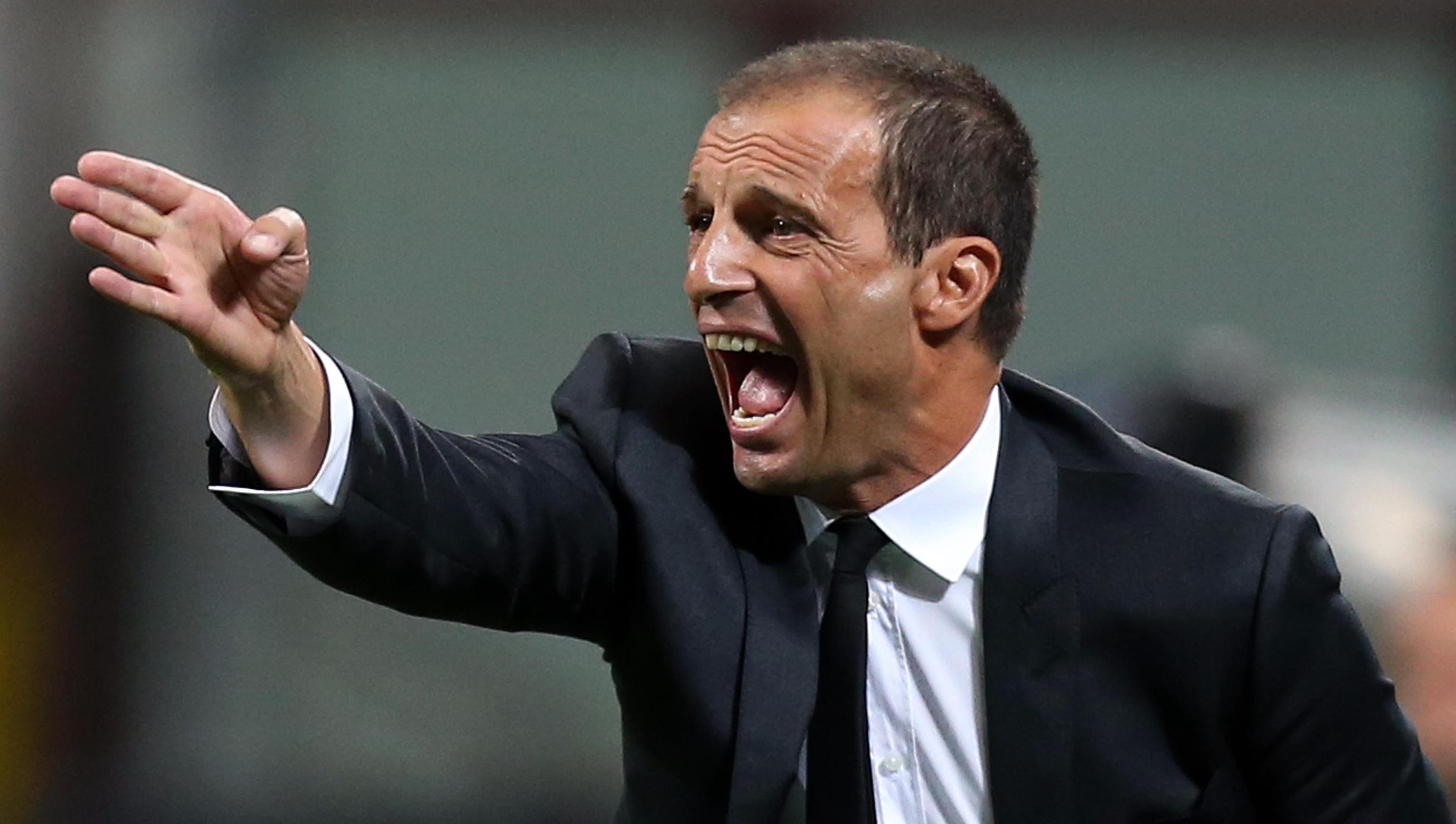 This article was written by Sam Lewis, a freelance writer who has written for Football Italia, Vavel USA, and many other outlets. You can follow him on Twitter @SamCalcio. Sam has followed and covered A.C. Milan for a number of years, including during the recent coaching tenure of Max Allegri.

Italian football waits for no-one. No sooner had the dust settled from the festival that was the Brazilian World Cup when an announcement came that has threatened to alter the hierarchy of Serie A.

Antonio Conte, the man largely responsible for rescuing an ailing Juventus side in 2011 and returning it to the table-topping heights of its pre-Calciopoli days, resigned with almost no prior warning. Just like that, one of the pillars of Italian football’s most successful side crumbled. Almost to add insult to injury, top transfer target Juan Iturbe signed for Roma. There have been better weeks for Juventus and its fans.

Out of the ashes of this latest chaos in calcio comes a new coach for Juve, a man who spent the large part of the last three years being one the club’s primary rivals. After a six month hiatus, former Milan coach Massimiliano Allegri returns to Italian football and rather surprisingly – in a better job than the one he was removed from in January.

After the post-Christmas meltdown against Sassuolo that ended a Milan tenure that had threatened to implode on several occasions before, Allegri fielded offers from Leeds United, Sassuolo and Kazakhstan. He now coaches Juventus. His hire is a (probably) short term appointment in the hope of settling a ship that threatened to rock overboard. With rumours of Arturo Vidal and Paul Pogba being the subject of transfer bids from other clubs, not having a coach – for however long – is another distraction Juventus couldn’t really afford to have.

That said, will it be a good fit? Can Allegri continue to keep the Juventus machine rolling, even with the wheels threatening to fall off?

Even when taking the pinch of salt that it was hardly a hire that Andrea Agnelli had time to think much about, Allegri seems an odd fit. An expected, immediate response to losing a coach you had no intention of losing in Antonio Conte is perhaps to try and find a coach that at least is similar in style. While few could match the intensity of the former combative midfielder, Allegri is not the ‘discipline-first’ coach that Conte is. The ex-Milan man’s approach is less intense, a little cerebral.

Allegri’s tenure at Milan, an appointment that was made following the 2010 coach of the year award given to the young tactician, started well but got progressively worse the longer it went on.

Given Zlatan Ibrahimovic, Robinho, Kevin Prince Boateng in summer and Mark Van Bommel and Antonio Cassano in January 2011, Allegri oversaw a title win in his first year as Milan boss. Praise was handed to Allegri for his ability to handle a team that contained the egos of Ibrahimovic, Cassano, Van Bommel etc on its way to a title, as a talent packed Milan side outran an Inter outfit in the process of a year-long mourning of Jose Mourinho.

The Rossoneri crashed out of the Champions League at the round of 16 stage, losing to an energetic Tottenham side over two legs. Despite a spirited performance in the second leg in London, Milan couldn’t oversee a 1-0 deficit from the loss at San Siro and went the rest of the season focused entirely on domestic achievements. 3-0 wins over Napoli and Inter as the season drew to a close were highlights.

All was rosy until early summer came, where the first (and easily biggest) bad decision of the Max Allegri Milan partnership was made. After four months of starting January signing Mark Van Bommel at the base of the Rossoneri midfield, Allegri informed Adriano Galliani that Andrea Pirlo would not be as central to his plans moving forward as the veteran midfielder expected to be. The Milan boards newly introduced “one-year to over-30’s” contract policy was the final straw for Pirlo’s departure from the Rossoneri after 10 years, but Allegri’s decision that the 31-year-old needed to find a new position in his midfield to be a part of it was as ill-advised a decision as there has ever been in football. Pirlo famously took his talents to Turin, winning three straight Serie A titles. The decision was then corroborated when Allegri approved the free agent signing of Riccardo Montolivo in 2012, whose playmaking style from the base of a midfield was an unspoken recognition that letting Pirlo leave was a monumentally stupid thing to do.

The following season, despite Pirlo’s exit, Milan were favourites to retain the Scudetto and nearly did, holding a six point lead with a handful of games to play before dropping points with regularity, eventually watching Juventus reclaim the Italian crown. With Antonio Cassano sidelined following a mild stroke in November 2012 and Alexandre Pato’s continual injury issues, a reliance on Zlatan Ibrahimovic to win games single-handedly reduced a once classy Milan outfit to direct, dour football.

It was a theme that continued following an exodus of Milan stars and veterans alike in the summer of 2012; Zlatan Ibrahimovic and Thiago Silva fled to Paris while the core of Milan’s team for a decade followed it – Gennaro Gattuso, Filippo Inzaghi, Clarence Seedorf and Alessandro Nesta all left for pastures new.

Despite Zlatan Ibrahimovic’s absence, the footballing style didn’t change as Milan slumped for the first half of the 2012/13 season until the signing of Mario Balotelli saw the Rossoneri sneak into a Champions League place on the final day of the season, also rescuing their embattled coach for another year.

Milan continued their decline in 2013/14, earning just 22 points from 19 games and Allegri’s time at Rossoneri ended following an embarrassing loss to Sassuolo, where 19-year-old Domenico Berardi tore apart a Milan defence that looked like it had just met each other.

Under Allegri, Milan went first, second, third and 11th(albeit after four months). It’s a steady decline that was largely down to the continual absence of talent, but the lack of tactical variation, stagnant, slow performances and beguiling selections left many Milan fans scratching their heads.

There is still some level of ambiguity over how much Milan’s decaying team was down to the tactician, and in a weird way – we may never find out as Juventus coach either. Even with Allegri in charge Juventus are the most complete squad in Italy, one that won Serie A last season without getting out of third gear from February onwards. Allegri won’t (and really shouldn’t) have to change much.

If anything – we’ll find out how much Conte changed this side and how his absence will affect this team. Allegri is a professional, detailed coach but will not look to overhaul a winning formula. (Although frankly, it’s equally hard to see Allegri envisioning a winning formula at all.)

Provided Juventus maintain the talent currently at the club, it would be difficult not to have them as favourites going into the 2014/15 season. On paper, its Juve’s to lose. That said, if ambitions at the club are to continue to perform in Europe and beyond – Max Allegri is not the man to take that next step. But in fairness, he was never meant to be.