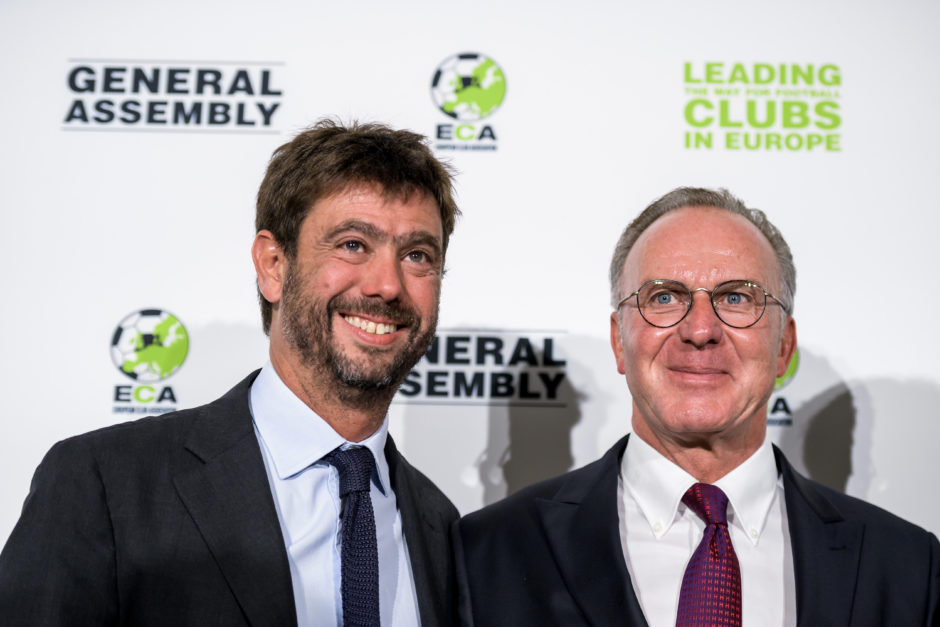 Andrea Agnelli has been elected as the new chairman of the European Club Association, succeeding Karl-Heinz Rummenigge in the position.

Members of the group voted for the Executive Board today and Agnelli was confirmed as the new chairman, the first Italian to hold the post.  Juventus released a bried statement via the official website confirming the appointment:

Andrea Agnelli, Juventus president since 2010, has taken over the presidency of ECA (European Club Association) – the independent association that represents, safeguards and promotes the interests of the over 220 clubs belonging to more than 50 European federations recognised by UEFA and FIFA.

The Bianconeri president was elected today in Geneva for the 19th General Assembly of ECA, which was founded in 2008 and had always been led by Karl-Heinz Rummenigge until now.

In his role of president, Agnelli – on the ECA Board since 2012 – will continue to represent the ECA member clubs through his position on the UEFA Executive Committee, to which he was appointed in September 2015.

Speaking after his appointment, Agnelli spoke of the honour and responsibility that comes with his new role.

“My predecessor, Karl-Heinz Rummenigge, has set a great example and has set the bar of achievements at a very high level.

“I am looking forward, together with the Executive Board and the Administration, to build on his significant results as we manage ECA in the coming years.

“It is a huge honour and a great responsibility the European clubs have entrusted me with. I am looking forward to working closely with all stakeholders within the game in order to protect, promote and develop club football at all levels across Europe.”