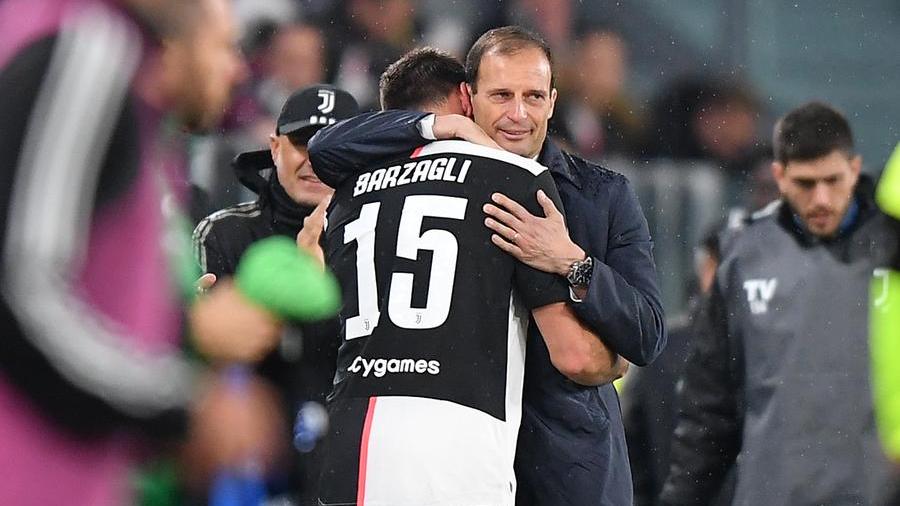 Andrea Barzagli has spoken out about the return of Max Allegri and what he will bring to Juventus this season.

The former defender was with the Old Lady for the entire five years of the manager’s previous spell in Turin, picking up five scudetti consecutivi, as well as reaching two Champions League finals, although they were unable to clinch either European title.

Baragli has since hung up his playing boots, and while he tried his hand at joining Maurizio Sarri’s coaching team, he is now set to take up a role with DAZN for their coverage of the upcoming Italian campaign.

Speaking to TuttoSport, the 40 year-old has talked about his first-hand knowledge of what it is like to work under the coach who has returned to the Old Lady this summer.

“He is an atypical coach because in moments of maximum tension he always manages to find a joke to play down,” Barzagli told TuttoSport. “It is his strength. As he repeated: being a coach is an art and you have to be a little paraculi.

“He told me we played three-handed, but in practice he made me play right back in recent years. Mandzukic, in the season of Cardiff and the 4-2-3-1, was so convinced to play on the left that when Higuain was not there he was unwilling to return in the middle.

“Allegri had convinced us all in one way or another. And he got the most out of us, which is even more important than the tactical aspects. Each coach has to deal with 25 different heads and they all want to play, but then eleven of them go on the pitch. This is why there are coaches from big teams, like Allegri, and those not from big ones.”

There is no doubt in my mind that Juventus have the coach and the players to return straight to the top of the division this term, and it will be interesting to see how the experienced boss handles Cristiano Ronaldo and Paulo Dybala, who will both be demanding regular first-team action in similar roles.