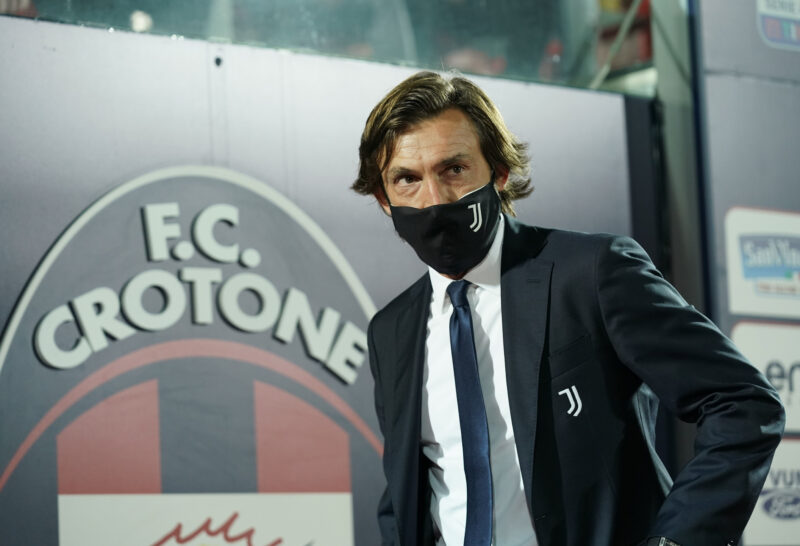 The Old Lady just suffered their second-straight draw, whilst picking up a red card in both encounters, and the manager admits that he has work to do, although he has been hampered in his role by internationals.

‘Unfortunately, we went down to 10 men in the last two games because of our errors, but we are a young team that needs to work and there hasn’t been much time for that with so many internationals,’ he told DAZN (via the DailyMail).

‘Young players need to gain experience by playing in matches and it can happen that they make naive errors as part of the learning process.

‘We built a team with quality, but it is still a work in progress and needs time. The lads will learn through mistakes, unfortunately that also means taking a few risks in the early matches of the season.

‘We made a few mistakes in the timing of the press, but as I said, these things happen when we’re still getting the machine oiled. We only really spent half-an-hour on this tactical movement in training yesterday, so it will improve.’

The new coach has also had the smallest pre-season in recent years thanks to the Coronavirus pandemic which has affected the playing calendars of Serie A and the European competitions, limiting his time in his role to implement the changes he wants to bring in.

It is also worth noting that we were missing three of our first-team stars in Cristiano Ronaldo, Aaron Ramsey and Weston McKennie last night, while both Federico Chiesa and Alvaro Morata both played despite limited time in and around the squad.

Should the international fixtures have been moved to a more suitable date following the congestion in the calendar?