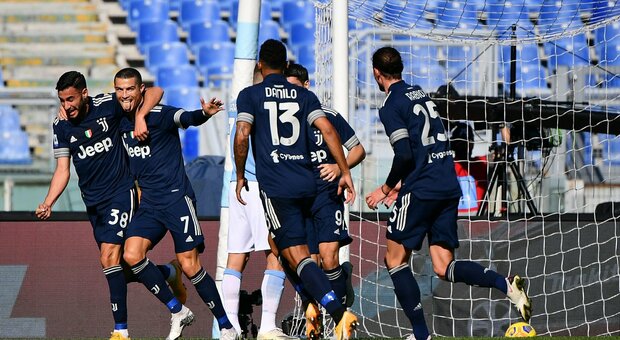 Juventus boss Andrea Pirlo has claimed that his side were without the ‘killer instinct’ needed to kill off the tie yesterday, after admitting that there ‘were no signs of danger’ at the other end during the draw with Lazio.

The Old Lady were pegged back to a 1-1 draw after conceding a goal in the dying moments of injury time, after leading the match thanks to Cristiano Ronaldo in the opening 15 minutes.

Juventus set out their game-plan to stay strong in defence, while forcing their way up field on the counter, and will feel pained by the fashion in which we dropped points.

The manager also feels as though we played well, and that he didn’t feel as if our opponents were likely to score, but blamed his team for failing to seal the victory with a second goal.

“We played a great match, they never shot on goal and there were no signs of danger,” Pirlo said after the full-time whistle (via Gianluca Di Marzio).

“But in this league you win with the smallest details. We were not able to control the ball in the last ten seconds and then it happens that you allow a goal.

“However, we are satisfied with the performance, but not the result. Everyone have their all today, they showed that they’re able to play these matches. It’s unfortunate for the result because we deserved something more.”

The manager then called for his players to work harder and bring the killer instinct onto the field.

“We’re missing a killer instinct, the desire to reach this type of result. Today we did well for much of the match, it’s unfortunate for the final seconds. We’re trying to play this type of football and when the players play like today, you see different solutions. Like I always said, it’s not important where the players play, but the positions to occupy.”

I’m not sure I can agree with Pirlo completely that there were ‘no signs of danger’, having watched Lazio have much of the possession in both halves, but the defending was more than up to the task until the unfortunate last minute equaliser.

Do you agree with the manager that there was ‘no signs’ of the equalising goal in the match?