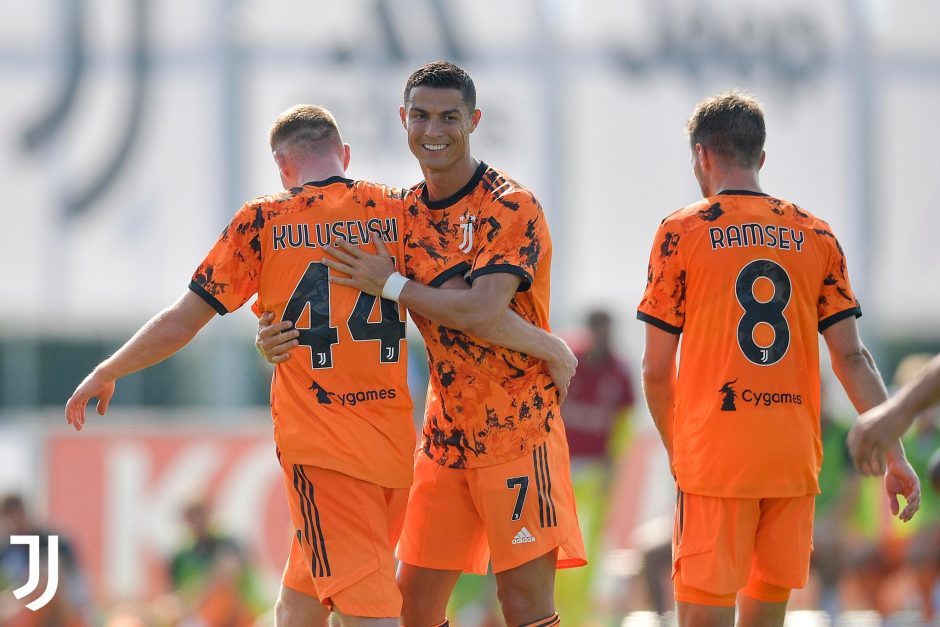 Andrea Pirlo said he was satisfied with the team’s 5-0 victory over Novara but insists the club still needs a striker before the close of the transfer window.

The new coach spoke to Sky Sport Italia after the win and offered his thoughts on the teams performance and what he hopes for the season ahead.

“I am satisfied because it is the first game,” Pirlo told Sky, “We found we only had all our players available on Thursday, so we had only two days to prepare for the game and to try out things, so I am satisfied.

“The guys are committed, they had a good run-out and this was the most important thing.”

The team alternated between a three and four man defence while also alternating in attack, changing the line-up at half-time.

“We are trying different solutions. In the first half we tried with a four-man defence that became three, while in the second half we remained with the three fixed players behind and with the three in front.

“So we are trying more solutions to see also the players we have available – We still have one week to prepare for Sunday’s match (against Sampdoria).”

A few weeks ago President Andrea Agnelli spoke of ‘enthusiasm to be rediscovered’, does Pirlo feel that in these first three weeks of pre-season these flashes of enthusiasm around the team are returning?

“It’s not around the team, it’s the team that needs to have enthusiasm. The guys are getting used to the new type of work, they have fun and this is the most important thing to start over.

“We have a long season ahead and now we will have time and opportunity to all work together.”

Yesterday, John Elkann spoke in glowing terms of Pirlo, talking of a coach who knows how to win with the 10th Scudetto an objective.

“I’m the Juventus coach so it’s normal that whoever comes here has to win. I thank John for his words and it’s always nice to have these endorsements of esteem.

“I know I have to win, but I was like that as a player and I will be as a coach too.”

Juventus are linked with a move for a number of players, namely Luis Suarez, Moise Kean and Edin Dzeko: Will Pirlo get his man?

“Yes, I need the striker as soon as possible, but the transfer market is long and closes on 5 October. ”

Thoughts on Cristiano Ronaldo who opened the scoring today and will there be any chance of seeing fans at the stadium next weekend?

“Yes, there is hope. We hope that at least part of the stadium can be opened for our fans, because we need it and the whole of Italian and European football needs it. Cristiano Ronaldo is doing well, he is moving well and is ready to have a great season.”