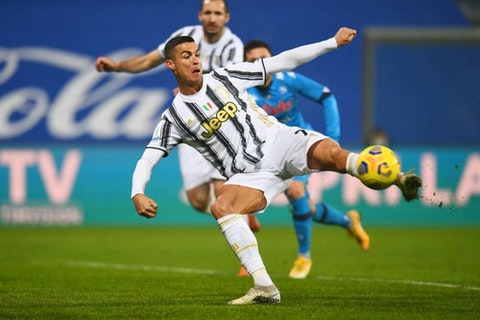 Juventus have won the first trophy of the 2020-21 campaign in the Super Cup, beating Napoli 2-0.

Just as you would inspect in a finale, this match started slowly. Neither side was keen on taking too many risks, and both defences seemed to be rather comfortable.

Juventus were on top for much of the opening half, without carving out too many clear-cut chances, and Kalidou Koulibaly could definitely take a lot of credit for denying us those.

While we dominated much of the possession, Napoli actually carved out the best shooting opportunity, but Szczesny dives hard and low to deny the effort, and the sides go into the break level.

Pirlo opts to replace Chiesa at the break with Bernadeschi, with the former Fiorentina man not enjoying his brightest performance, and we continued to push on.

Both sides appeared content with the way the game was going, and the game had looked destined to stay at 0-0 going to full-time, but after 64 minutes we got that crucial opener.

A lax corner failed to beat the first man, but after bouncing off the Napoli defender into the box, Cristiano Ronaldo finds him at close-range with only the goalkeeper to beat, and we all know how that one ends. The Portuguese of course fires it past the goalkeeper who had absolutely no chance of stopping it.

Napoli had every chance to get back level, including a controversial penalty decision going there way.

Wojciech Szczesny dives the wrong way only for Insigne’s effort to go wide past the post, and we continued with our lead.

The Azzurri were putting pressure on us in the last five minutes of action, and also into injury time, with Napoli failing with two great chances, the last of which resulted in another superb save by the Polish goalkeeper, but it was Alvaro Morata who closed the game off at the death in the 95th minute.

Juve are deserved Super Cup champions, although the triumph may well be trumped by Ronaldo’s goal, which made him the all-time highest goalscorer in the game, his 760th of his illustrious career.

Video: Napoli could have levelled the final but Insigne puts his penalty wide