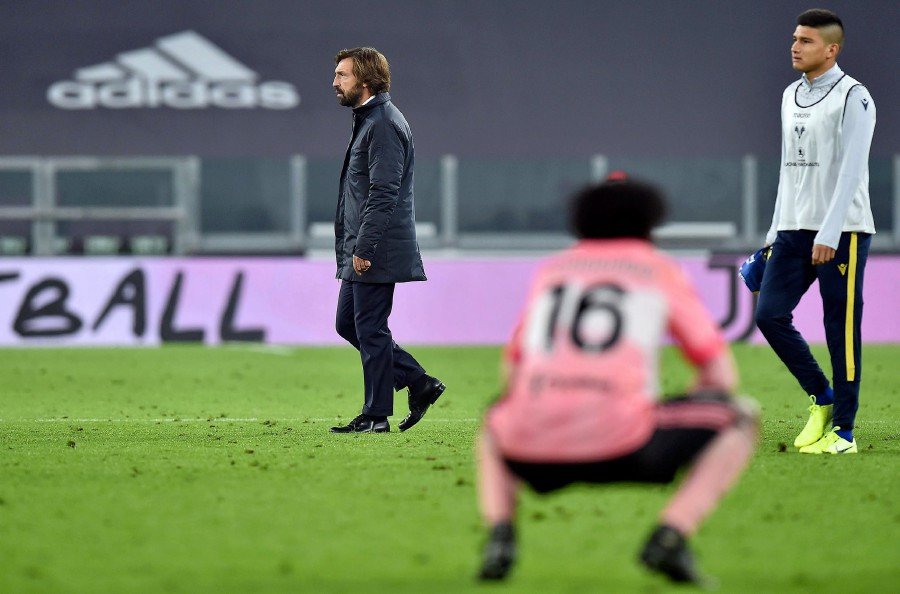 Juventus manager Andrea Pirlo has opened up on where his side has been struggling of late, with his player’s having limited time together on the pitch thus far.

The manager has led his side to only two wins so far this season, against Sampdoria and Dynamo Kiev, while their only defeat has come at the hands of Barcelona.

There is a number of excuses which can be made, with the team having very little pre-season due to the late finish of the previous campaign, the fact that the new manager has come in and had limited time to instill his philosophy on the new players, and with a number of key players having been unavailable for various reasons.

The manager however is not blaming the unlucky hand he has been dealt, but moreso that his players simply need time to work together to build an understanding

“At this moment there is still a lack of reactivity in recovering the ball,” he said in his pre-match press conference (as translated by Juventus’ official site).

“In the defensive phase we are one of the teams that has conceded the fewest goals.

“We want to impose an offensive game, it’s normal that there may be a few more opportunities in the game for the others. In midfield we need an amalgamation between players who have played little together up to now, it takes time to understand each other in the movements on the pitch, we are working on the re-aggression phase, it must be more immediate.”

Pirlo goes onto play down any undue pressure on his job, having understood the job he was going into.

“I’m not surprised about the pressure, I’ve always been in the spotlight and I’m used to having responsibilities.”

Juventus have been performing on the pitch, but it is a results business, and the manager will be telling his players that in order to get a much-needed rise from his stars.

Juventus fall behind Man United in chase for Serie A star