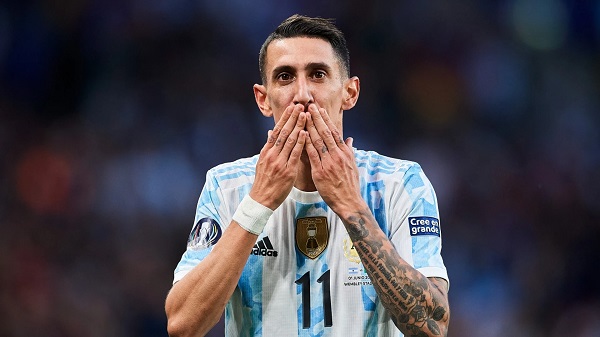 Following their disastrous start to the tournament, Argentina have managed to bounce back, with their opening defeat to Saudi Arabia now feeling like a distant memory.

Lionel Messi and company finished on top of Group C thanks to wins over Mexico and Poland. Yesterday, they met Australia in the Round of 16, and expectedly emerged victorious despite a late scare.

It was Messi who naturally broke the deadlock in the 35th minute while Julian Alvarez scored the second after the interval. Enzo Fernandez then scored an own goal that offered a temporary glimmer of hope for the Aussies.

But what concerns Juventus the most is the noticeable absence of Angel Di Maria who remained on the bench for the duration of the match.

The winger had been suffering from recurring injury woes since joining the Bianconeri last summer. The 34-year-old has been a regular starter for Argentina since the start of the tournament.

But despite Di Maria’s absence on Saturday, Albiceleste manager Lionel Scaloni is still hoping to have the veteran back at his disposal in the coming days.

“Angel couldn’t play tonight, even if having him on the bench is always a temptation,” said the Argentina coach following the win over Australia via TuttoJuve.

“We hope that as the days go by he can improve and get involved. Australia was a complicated opponent. It’s good that everyone understands the difficulty of this competition.”

The South American giants will face the Netherlands in the Quarter Finals next Friday.