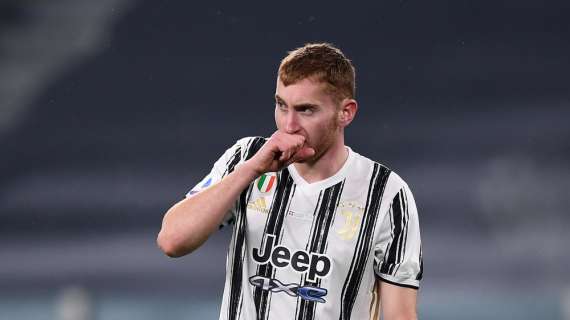 Dejan Kulusevski is regressing in his development this season after making a fine start to life at Juventus in the last campaign.

Under Andrea Pirlo, the Swede played some of the finest football of his career and ended 2020/2021 with 7 goals and 7 assists from 47 competitive matches.

He has hardly played in this campaign and will struggle to make those numbers, but he could leave the Bianconeri soon.

As he doesn’t feature prominently in the plans of Max Allegri, other clubs are looking to sign him.

One of his most serious suitors is Premier League club, Arsenal.

Tuttomercatoweb reports the Gunners are very keen to add him to Mikel Arteta’s squad.

They are ready to pay 30m euros plus 5m euros more in bonuses to take the former Parma star to England.

This transfer could happen in January, but the report claims Juve wants 40m euros to sell him.

There is no need to keep hold of Kulusevski if there is no plan to replace Max Allegri as manager.

The winger clearly doesn’t fit the system of the current Juve boss and will continue to struggle to make an impact at the club.

The Bianconeri is already having financial problems and offloading him for 35m euros could be very helpful.