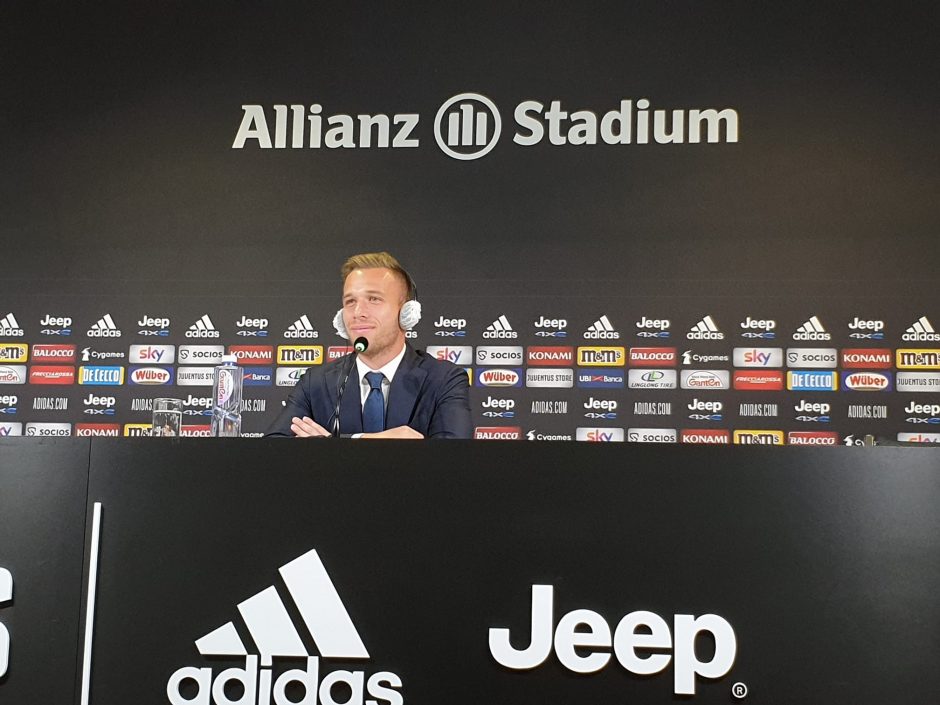 New Juventus midfielder Arthur Melo said he was convinced by the ‘ambitious project’ at Juventus and is looking forward to starting the new season wearing black and white.

The Brazil international gave his first press conference as a Juve player this afternoon and spoke about why he decided to join the Bianconeri.

“This is a very important day for me, I thank my family, the managers, Fabio Paratici, and everyone who have welcomed me,” Arthur began.

“I have the privilege to play with great players, playing with Ronaldo is almost the realisation of a dream. The project convinced me, it’s very ambitious.

“My position? I haven’t spoken in detail with the coach. He has played football like few others, he moved and played in a unique way.

“I feel the privilege of playing for such a coach. We haven’t talked about the formation and position on the pitch yet.

“I can only thank Barcelona, they showed great affection for me. I was treated very well, as part of a very ambitious project.

“I though it could be an impetus for my career. One of the main reasons for my move was the Champions League.

“The Juventus project is extremely ambitious. The Champions League is a priority, I will work with my teammates to achieve that goal and many others.

“Serie A, I believe, has more physical contact. It’s a great League, it will be a difficult season, but Juventus are a great team.

“There will be many battles, and we can’t wait to get started.”