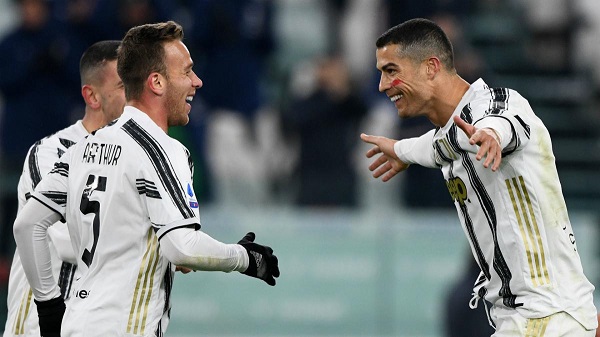 Cristiano Ronaldo is notoriously obsessed with living healthily and that is one of the reasons he is still at the top of the game at his age.

The attacker spent three seasons at Juventus before leaving the club in the summer.

Juve had signed him primarily because they wanted to win the Champions League. He didn’t help them achieve that, but he scored over 100 goals for the club.

At 37, he just broke the record for the most goals scored by a player and he will keep going.

In every club he has played in, his teammates will tell you how serious he is about his diet.

Arthur has now opened up on what he thought about the diet of Juve stars when he was at the club.

The Brazilian reveals via Football Italia: “We used to sit together at the table and sometimes he would look at our plates and say: ‘This is not what you should be eating.”

Diet plays an important role in the life of a player and it also affects how they perform on the pitch.

Players who watch what they eat closely rarely get injured as much as others, and sometimes they last longer in the game.

We enjoyed Ronaldo’s talents. Hopefully, the likes of Dusan Vlahovic and Federico Chiesa will be careful with what goes into their bodies.

Lazio said to be worried about Juventus in midfielder chase

Diego Simeone gives his opinion on the Serie A title race