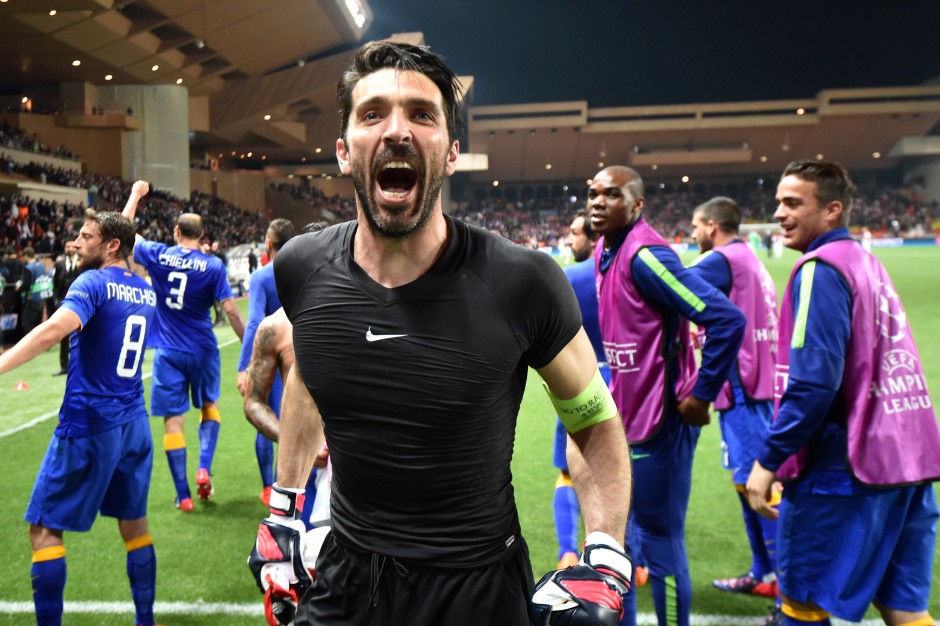 It was boring and it was ugly, but Juventus are through to the semi-finals of the Champions League. Neither team even really came close to scoring, with only one shot on goal a piece. Still, Juve fought hard and defended relatively well, and they won the tie with an aggregate score of 1-0.

Things did get off to a rocky start for Juventus. Within minutes of the whistle blowing, Giorgio Chiellini received a yellow card. Chiellini slipped, not unlike his error versus Marco Reus, only this time he sacrificed a yellow card to stop the goal. You see, Chiellini literally just grabbed the ball with his hand, which was perhaps ill-advised but it did stop a goal.

Moments later, Monaco midfielder Geoffrey Kondogbia scared Juve with a firm but poorly placed shot. He struck it well, but he didn’t aim it well, and the ball went sailing wide right. Ten minutes later, Bernardo Silva again scared Juventini everywhere when he was played on right in front of Juve’s goal. Andrea Barzagli cleared the ball as soon as he could, but it almost looked as if he would score an own goal for a moment. Luckily this was not the case, and the ball went out for a corner kick.

Juve were letting Monaco attack, clearly attempting to both counter attack Monaco but also mostly trying to steal possession in their own half, perhaps to catch Monaco players out of position. Either way, Juventus didn’t strictly counter attack, they certainly tried to keep possession and move the ball around as they used to.

Kondogbia again tested Juve’s goal, when he spun around an attempted Andrea Pirlo tackle and fired off another shot. This time, he again put plenty of power into his shot, but he shot the ball right towards Buffon, who caught the shot.

Juventus came close to scoring a few times in the first half. Andrea Pirlo played a great ball to Stephan Lichtsteiner in Monaco’s box, but Danijel Subasic leaped off his line to catch the ball. Lichtsteiner would have been in a dangerous position were it not for Subasic’s acrobatics. Right at the end of the second half, Carlos Tevez had a shot from just outside the 18 yard box, but it was wide right.

The first half was tight but it seemed like either side could score. The second half was similarly close, but neither team really threatened the other side’s goal. Monaco broke through a few times, but they would be stopped either by a centerback making a last ditch clearance, or by Buffon himself.

Juve’s subs didn’t change their lack of attacking fluidity either. Fernando Llorente came on for Alvaro Morata, but he didn’t improve on Morata’s average performance. Roberto Pereyra came on for Arturo Vidal, but this seemed like a move designed to keep Vidal from getting a yellow card and missing the next game. Finally, Simone Padoin came on for Patrice Evra.

The game was close, but not particularly exciting. It was a sloppy match too, with neither side really finding that final cutting pass or touch on attack, and both sides frequently passing to the other side. Still, Juventus are through to the Champions League semi-finals for the first time in a long time.

Man of the Match: Vote below… 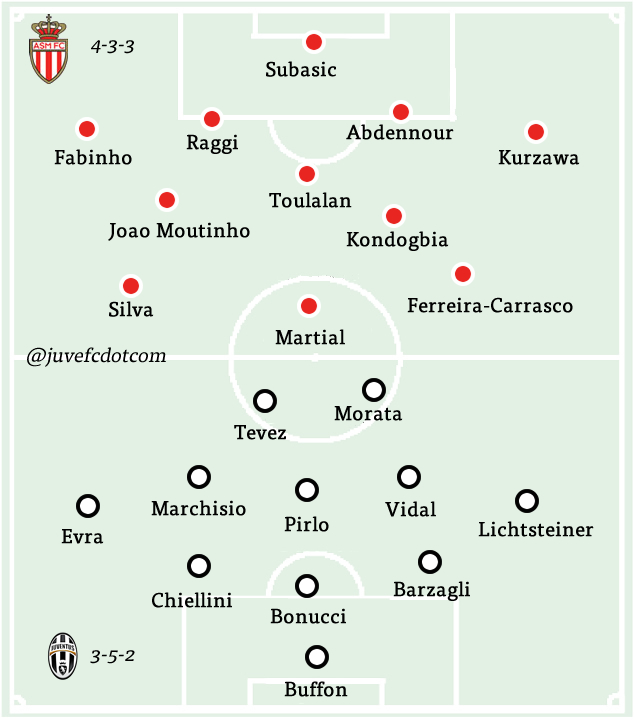 Video: Dybala fires Juventus into the lead against Udinese

Who do you want to face in the Champions League semi-finals ?