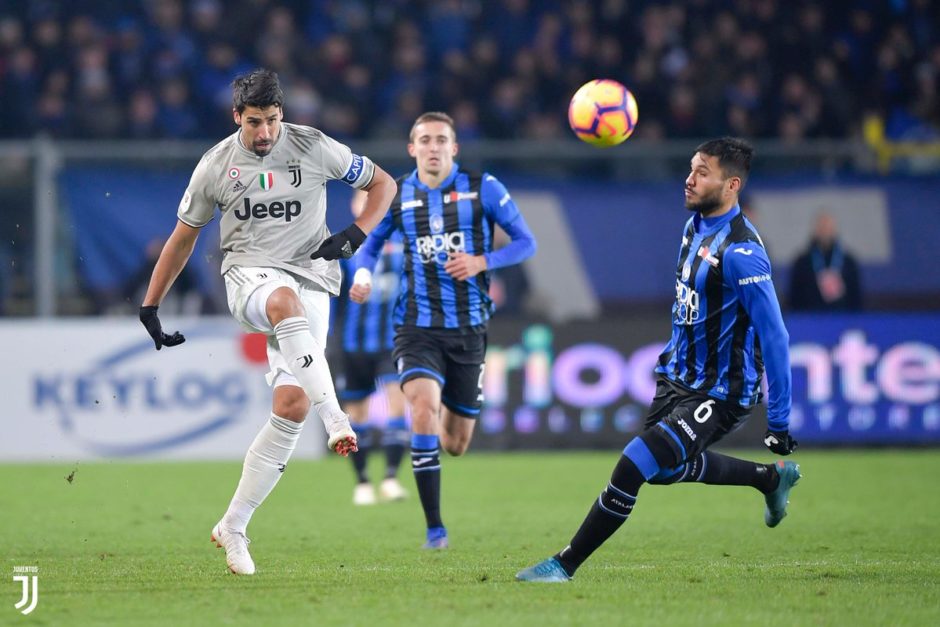 Juventus dropped out of the Coppa Italia in horrible fashion, playing an abysmal game against a scintillating Atalanta side who put three past a beleaguered Bianconeri back line.

Wojciech Szczęsny: One of the few players who perhaps deserves a little credit as he was left utterly exposed by a defensive duo that were ill equipped to deal with the Atalanta attack, let alone the mistakes that led to the goals. Made a great stop on a Papu effort but left stranded each time thereafter and can’t be held too accountable when the goalscorers were almost clean through each time. 6.0/10

Daniele Rugani: Seemed ok to begin with but his positioning on the Atalanta opener could have been better. Couldn’t have gotten across in time to stop Zapata’s second and while he wasn’t at fault for the third, he needs to step up and lead at the back if Chiellini is out for a long period of time. 5.0/10

Giorgio Chiellini: Was his typical self – Made a massive interception to deny Atalanta an early goal before getting a calf injury  early on which could rule him out for 2 weeks.  N/A

Mattia De Sciglio: Started the game at right-back and looked to be controlling things well before being forced into central defence where he was absolutely torn to shreds. Made a mistake on two Atalanta goals and his back-pass on the third was unspeakably poor, even if he was playing out of place. Horrid showing. 3.0/10

Alex Sandro: Looked pretty anonymous all night as he was boxed into the Juve end of the pitch and seldom had space, time or teammates around him to encourage getting forward. 4.5/10

Sami Khedira: A passenger in the Juve midfield. Had a half-chance to score a goal for Juventus but his midfield contribution was next to nothing, totally non-existent for large spells of the game and never looked to get a hold of the game. 3.0/10

Blaise Matuidi: Seems to be reverting to type in recent games, tonight no exception. Energy, running but such a poor touch and nothing of note in the final third. 4.0/10

Rodrigo Bentancur: Some half way decent runs into the box, a shot here and there but he offered precious little by way of passing or creating chances. Doesn’t seem suited to playing so deep and doesn’t seem as confident without Pjanic playing alongside him. 4.5/10

Federico Bernardeschi: Tried his absolute best to create something and looked to be the only Juve player on the pitch that was capable of creating something – Problem being, none of his teammates were at his level and while he got into some good positions to cut the ball back or play a pass, the movement around him was snail-like. 6.0/10

Paulo Dybala: Another game that seemed to highlight how little he can create if the system isn’t set up around him. Pressured off the ball, limited to half chances and made next to no impact in terms of a goal threat or even creating things. 4.5/10

Cristiano Ronaldo: Offered absolutely nothing by way of presence in the box aside from tumbling over a couple of times and wasting free kicks. He looks like he may need a rest as playing him constantly is only going to burn him out and make him more frustrated. A poor night for the Portuguese. 4.0/10

Joao Cancelo: From hero to zero in the space of a few days. Looked so off the pace and unable to cope with the pressure from Atalanta. Gave away the ball for the Atalanta opener and proceeded to look lost for the remainder of the game. 3.0/10

Miralem Pjanic: Back from injury and while the hope was he might help Juve control the game a little better and dictate their play, he never got going and was unable to involve himself to the extent Juve needed. 3.5/10

Douglas Costa: Had little time to really impact the game and the way Atalanta continued to pressure, he was boxed in for the closing period of the game. 4.0/10