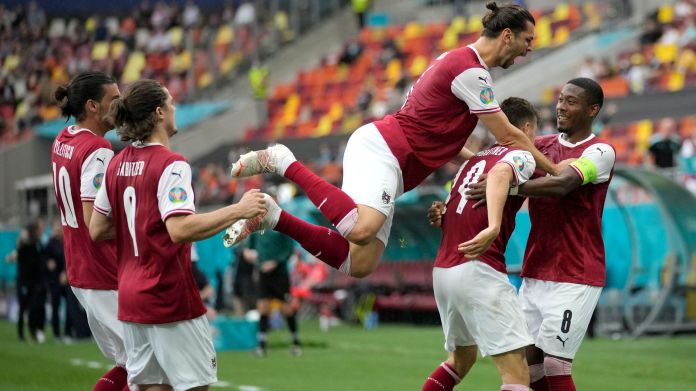 Italy have learned their next opponents in the European Championships, with Austria now set to take them on in England on Saturday evening.

The Azzurri have been extremely impressive thus far, and would most definitely have ranked as one of the teams to avoid going into the knockout rounds, and Austria must feel a little bitter-sweet after earning qualification from their group, before realising who stands in their way moving forwards.

Christoph Baumgartner’s goal was the difference when Franco Foda’s team took on Ukraine knowing the winner would confirm their place in the top-two of their group, despite their rivals being ranked as the favourites to win that match yesterday.

The loser of that match could still reach the next round however, but they are relying on at least two of the third-placed teams to finish with less than three points, or a maximum of three points and a -1 goal difference, which at present appears a little tough.

While Austria know who their next opponent is, with a clash with the 30-game unbeaten Italy coming up on Saturday evening at Wembley, London, the Ukraine will have to sweat on other results, and IF they do scraoe through to the next round, they will come up against the winners of Group E or the so-called group of death, Group F.

Italy will likely be confident against whoever is put in their path thanks to some highly impressive and controlled football, although they are set to lose the home-advantage that they were given for the group stages.

Have Italy been the most impressive of the tournament thus far? Will the change in venue make a big difference to the Azzurri?