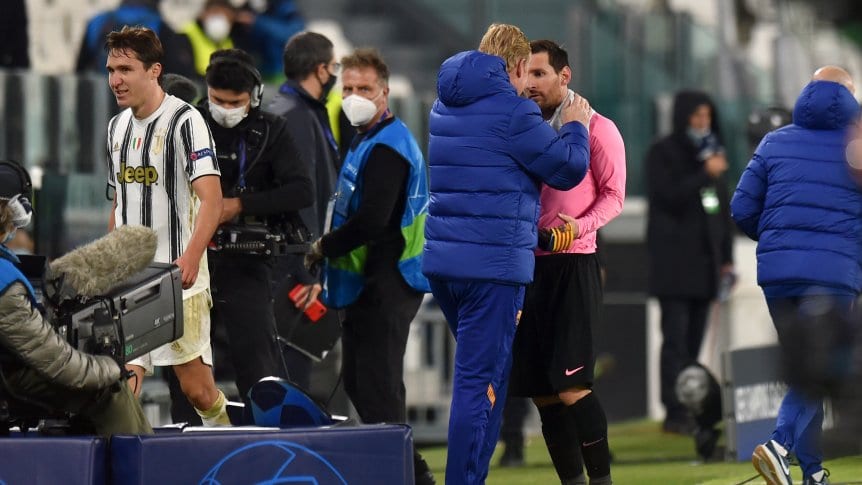 Barcelona have come away from Turin with a 2-0 victory over Juventus, and their manager has hailed their performance as their ‘best game all season’.

The Catalan club arrived in Italy with rocky form, on the back of consecutive La liga losses, but will leave with a boost in confidence having come away with an impressive win.

“This was our best game all season,” he told reporters after the tie (via Goal). “This is a big win against an important European side and we were able to play the football we’re trying to impose.

“I wanted us to play with three at the back, pushing one man forward to have extra in the middle of the pitch. That meant we created a lot of goal chances and, frankly, I think we should have finished the match off much earlier.

“I’m very content with the football we played, with the result and especially with the character my team showed.”

Barcelona did play-out a well-executed performance in the middle, limiting our chances at one end while managing to push up the field and unlock star Lionel Messi, but Juventus refused to lie down.

Some will feel we were unlucky not to have gotten on the scoresheet, especially after Alvaro Morata had three goals disallowed for offside, but the reality is that the better side on the night took the points.

Top spot in the group is now the Spaniard’s to lose, and you would expect Juventus to have to come away from the Nou Camp with a win if they were to snatch that from them.

Did Juve deserve anything from the match? How different would the game have played out without their deflected opener?