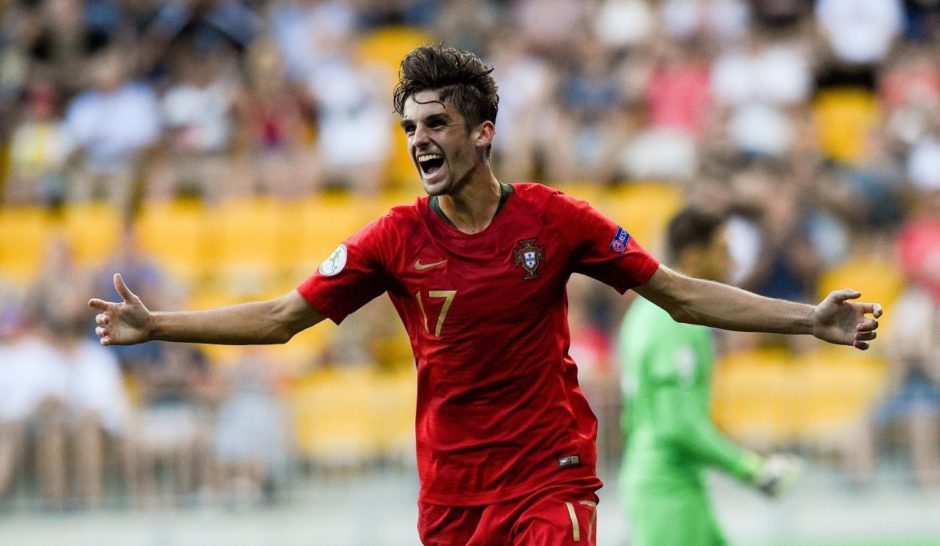 Barcelona is reportedly considering the sale of Francisco Trincao this summer as he struggles to get playing time under Ronald Koeman recently.

The 21-year-old was one of the key players for the club earlier in the season, but a change in formation has seen him get used less often in recent weeks.

AS via Calciomercato says he has struggled to play since Koeman switched to 3-4-2-1 and that could see him depart from the Spanish side when the transfer window reopens.

Barcelona knows that he needs more game time to enhance his development and they are looking to give him that by either selling him or allowing him to leave them on loan.

He has been a target of Juventus who wanted to sign him in the summer and the latest development might delight them.

Under Andrea Pirlo, they have focused on signing younger players and that makes him an ideal target.

They have signed the likes of Federico Chiesa and Dejan Kulusevski in recent transfer windows and both players have shown that youngsters have something to offer.

Although Barcelona might prioritise a loan deal because they know he has the talent to become a top star, Juve should push for a permanent transfer considering that they are bigger than developing a player for their European rival.

Video – The best highlights of Federico Chiesa in 2021/22