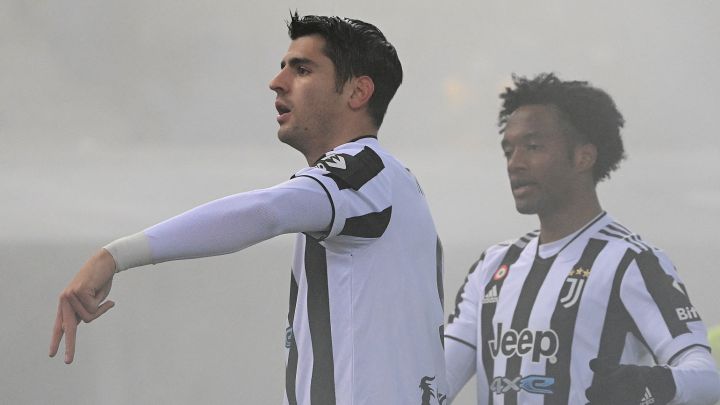 Barcelona still pressing for Morata, but Allegri will make the final decision

With Dusan Vlahovic all set to land in Turin before the end of the month, Barcelona will undoubtedly seek the opportunity to renew their interest in Alvaro Morata.

The Catalans have been pushing for the signing of the striker even before the start of the Mercato.

Nevertheless, the Bianconeri refused to part ways with their primary center forward before the arrival of a suitable replacement.

So with a more than capable alternative on the way, will Morata become a dispensable asset in Turin?

According to JuventusNews24, Max Allegri will have the final decision on the matter.

The Bianconeri manager might choose not to deprive himself from the services of a striker which he appreciates.

The Spaniard only scored five Serie A goals this season, but was always a focal point in attack for the Italian tactician.

When it comes to Allegri, it wouldn’t make any sense to deprive himself from any player that he can rely on.

Now surely Morata didn’t set the Allianz Stadium on fire this season, but for the manager, he can still be a solid backup for Vlahovic, and a potential striking partner.

However, one would imagine that the management will also have a saying on the matter (despite what is suggested by the report).

So it remains to be seen if the hierarchy would be willing to maintain Morata for another six months rather than cut the expenses.