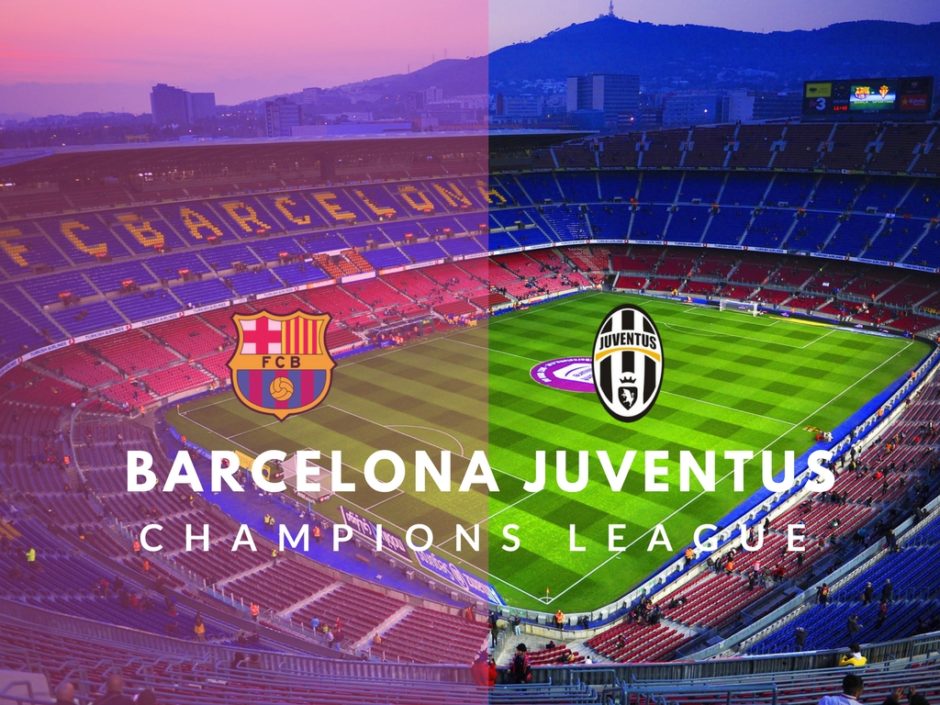 The wait is over – It’s been an arduous, drawn-out week, but the most important game of our season to-date is finally upon us, and there’s plenty at stake.

Despite what Allegri and the players had to say post-match, the focus has been on this game from the minute the whistle blew at the Juve stadium a week ago. The last 7 days were punctuated by the 2-0 victory over Pescara, a straightforward win without any real exertion on the part of the team, and the regular updates regarding Paulo Dybala’s ‘injury’ which thankfully turned out to be nothing serious. La Joya confirmed as much when he spoke yesterday, confirming that he was ‘100% to face Barcelona’ in the Champions League.

The first-leg was arguably one of Juve’s finest in the Champions League. A resounding 3-0 victory that showcased the very best that Juve have to offer – Composure, intelligence, cohesion and above all else, teamwork in every part of the pitch. Plenty has been made of the weak links in the Barcelona team, but they still boast the most fearsome attack in world, and Juve had their measure for the entire 90 minutes, shackling Leo Messi and Neymar on the flanks, cutting off the supply to Luis Suarez and limiting the Blaugrana to just a handful of half chances. More important still was Gigi Buffon’s superb one-handed save on Andres Iniesta, denying them a vital way goal which may yet come back to haunt them.

Despite the heroics in Turin, let’s make no mistake: a visit to the Camp Nou is a daunting prospect, especially when you factor in that Barcelona have gone 18 games without a loss in Spain, winning 15 and drawing 3. In the Champions League this season, they’ve beaten Celtic 7-0, City 4-0, Gladbach 4-0 and PSG 6-1 and their last loss at home in the competition came way back in 2013, a 3-0 hammering to Bayern Munich. It’s an impressive record, much in line with our own unbeaten run at the Juve stadium that stretches back 48 games in all competitions – A reminder of just how important the home advantage is in these two-legged ties.

On the positive side, the team has come through the last 7 days, relatively unscathed, and Allegri was able to rest Bonucci and Chiellini ahead of the trip to Barcelona. The initial concerns over Dybala’s fitness were proved unfounded as he trained with the team yesterday/today, and is in good shape by all accounts. Speaking ahead of the match, Allegri spoke of how he’ll approach the game, disregarding the 3-0 advantage from the first-leg:

“The perfect Juventus match is the one where we qualify. Tomorrow we need to be very clear-headed and sharp. There will be times we need to attack and times to defend.

“I don’t think Barcelona’s characteristics have changed. We need to have confidence and faith in our capabilities,” said the Coach in his Press conference.

“In the past I had midfielders of different characteristics, now I have attacking wingers like Juan Cuadrado and Mario Mandzukic, so the job of a Coach is to make the most of the characteristics of his players. Tomorrow is an important step for the final part of the season.

“I know we have great respect for Barcelona, but this kind of game requires little thought and a lot of action. We must defend well and attack well, as in every game.

“Naturally Barcelona have three very dangerous forwards, so we need to take that into account, but no more than usual.

“Dybala is fine, so is everyone, fortunately. As for the line-up, I think there will be few or no variations from the first leg. However, in tactical terms and when it comes to attitude, I might change something.

“This squad has grown a great deal in terms of confidence. Tomorrow we must not think about the three goals of the first leg, but focus on this as a game we have to win.

“We need to put what happened in the first leg out of our minds. We consider this a one-off match and sharpness is fundamental, because we need the cool heads to read the game at various points.

“The important thing is that we are in the game for 95 minutes and play a strong game technically. The lads know what to do, it’s very simple. They need to defend well and attack well – full stop.”

It seems unlikely that there will be any significant changes to the team. The biggest mistake would be to sit back and invite pressure, as PSG learned only too well, so its likely that we’ll see a similar, if not identical starting XI. Allegri used the 4-2-3-1 to perfection last time out, using two men on either flank to guard against Messi and Neymar respectively. Sandro/Mandzukic and Cuadrado/Alves overlapped with one another, doing a lot of the dirty work, tackling, harrying and breaking up attacks before setting Juve in motion. Bonucci and Chiellini were at their absolute best so they’re expected to start with Buffon between the sticks with Dybala and Higuain spearheading the attack. 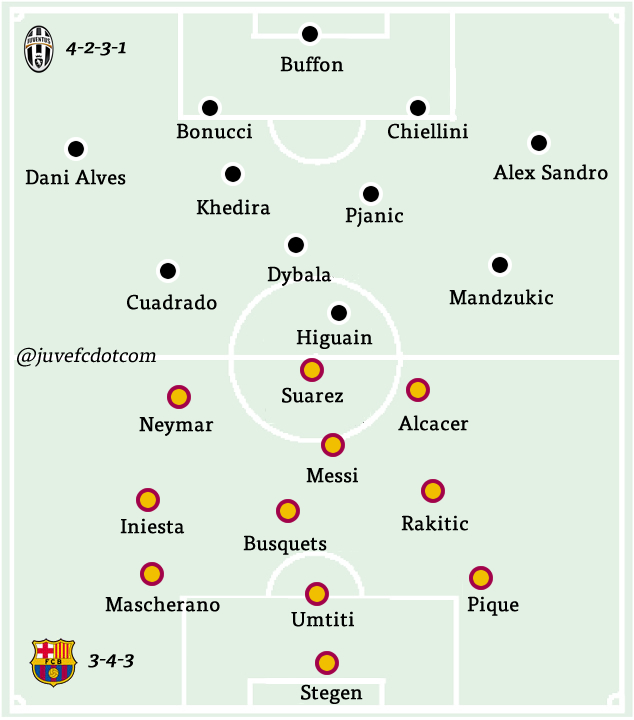 Allegri: ‘Juve must aim to improve’