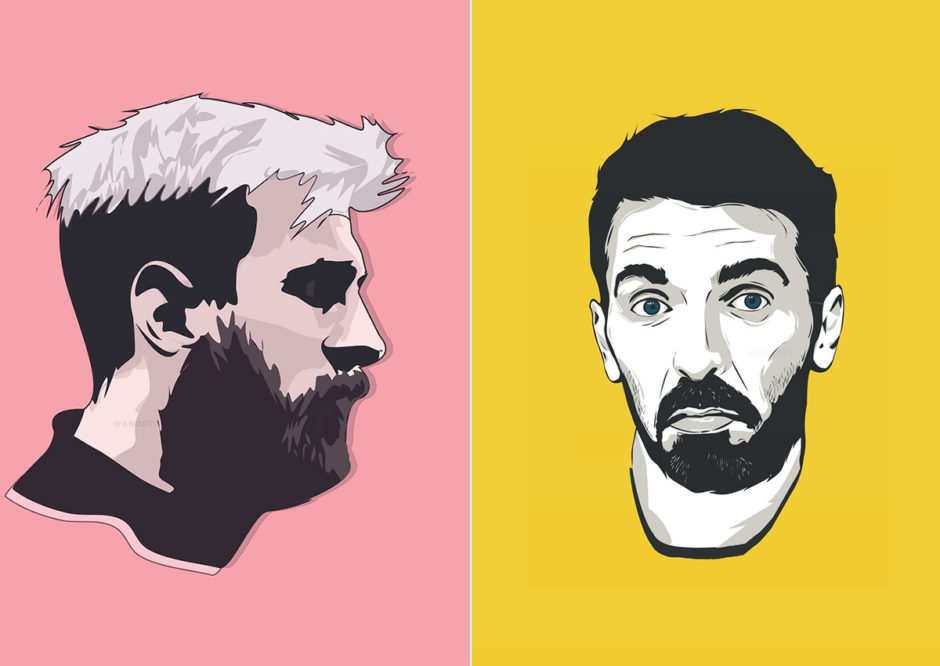 Juventus travel to the Camp Nou to play Barcelona on game-day one of the Champions League and in anticipation of the clash, we put your questions to Barca blogger and Grup14.com founder, Rafael Hernández.

1. Every player will raise their game when we play each other but which two players do you think will stand out for either team?

For Barça, it’s always about Messi and then the rest, I reckon the new signings could be the surprise performers, especially Dembélé. As for Juventus, I’m expecting Dybala to step up his game like he did vs the Catalan club last season, and Alex Sandro.

2. What is your/Barca’s biggest fear for the season ahead?

Real Madrid winning the treble and Messi leaving. In the emotional sense, that would be the crushing blow to crown Rosell and Bartomeu’s objective of completely ending Cruyff’s legacy at Barcelona. The club had much that made it special compared to their greatest rivals, and now you could say that only a treble claims and the greatest of all are the only things left. 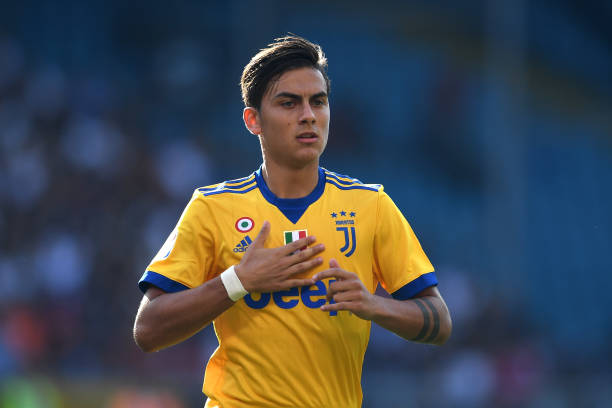 3. How do you view Juventus? Stronger or weaker than when we last faced one another?

I have a weird feeling about Juventus this season, they have had a quiet summer compared to the buzz of Milan’s massive spending and the crazy capture of Bonucci, and you could say it’s just an impression, but I think it goes deeper. The Champions League final loss does seem to have opened a fracture, and after over 6 years of absolute domestic success, the club might be undergoing a season below expectations, which by all means is normal at this point.

4. Do you honestly feel Barca are a weaker side compared to last season?

Both psychologically and physically. The club comes from what is already universally considered its worst summer window ever, the board is under pressure, the new coach was let down by recruitment, Neymar’s left and now the big possibility of Messi not signing his renewal will all reflect on pitch. We also cannot forget that Real Madrid continues to look unbeatable and stronger than ever carrying consecutive UCL wins, which puts the mood at the club at its lowest in a decade.

5. What’s the formation going to be for the season ahead, now that the window is closed?

That’s what all Barcelona fans would like to know. At this point, we don’t know if Paulinho and Semedo will be starters and if the coach will set up the team to exploit Messi’s ability at its best, that’s the two key questions alongside the formation. We speculate Valverde will continue with the 4-3-3 formation, but won’t think twice about changing it as he’s shown in his first months.

I’d like to see Valverde attempting Ter Stegen as goalkeeper, Umtiti, Piqué, Alba in a back three, Semedo as wing back, Busquets, Paulinho and Sergi Roberto on the midfield, with Messi to have more freedom to both create from the middle and drift into the box, Dembélé on the right and Suárez as centre forward. It’s a bit tricky, and I doubt he’ll attempt it.

6. How different do you think the game will be compared to the last match, considering injuries and big-name departures?

The intensity and focus on both sides will be different compared to the heat of the UCL knockout rounds. Valverde will be more conservative and cautious, and I think the same applies to Allegri. The first meeting of the two will set the tone of the latter. 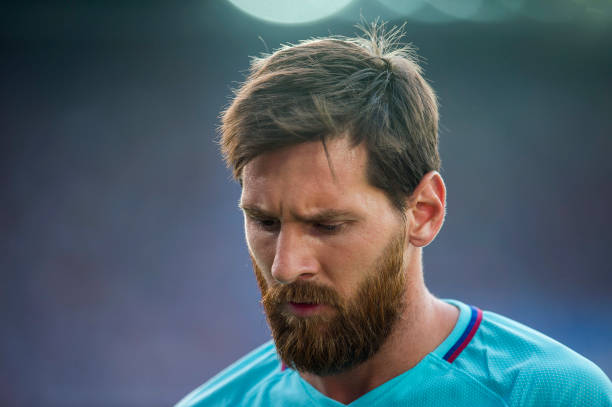 7. Some Juve fans think this might be the best time to face Barca –  Do you think this is weakest Barca side since ’05?

There’s no doubt it’s a great time to face Barça, the club is in a mess in the mold of the disastrous Gaspart era and no one at the club seems happy at the slightest. Still, I wouldn’t say It’s the weakest since 2005, because Messi is present. We mustn’t forget the Argentinian could’ve ended last season’s clash between the sides if it weren’t for his teammates bottling the chances he created. Wasting Messi has been one disgraceful craft Barcelona are getting good at.

8. Your general views on the situation at Barca at present?

As a fan, I’m not as annoyed or surprised as many fans are, as I saw this coming the moment Bartomeu was elected in 2015 and time begun to slowly run out. The board haven’t renewed the squad correctly, the model left by Cruyff was completely abandoned, the trust in players from La Masia has eroded alongside the academy itself, and the sporting management is at the worst I have seen as a fan. During Gaspart’s era, which was the worst in the club’s modern history, at least we knew the people responsible cared about the club and the same can’t be said right now.

It’ll take years to rebuild the club properly if they leave now, but the motion of censure or a sudden resignation by the board are both unlikely to happen and the Barcelona members that voted for Rosell and Bartomeu have condemned the club to suffer until 2021.

9. Your first thoughts on the CL draw after getting Juventus in the group?

As a fan, I felt indifferent. Barcelona has no chance of winning the Champions League this season, unless Messi carries the team to the trophy. That is a big ask considering that simply doesn’t happen in top level football anymore, the reliance on a proper set up and squad are the biggest as it’s ever been. 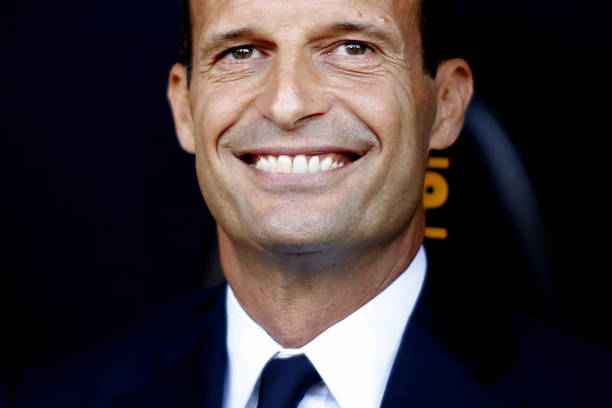 10. What do you feel are Juve’s strengths and weaknesses, looking from the outside in?

In my point of view, Juventus biggest strengths are the coach Max Allegri’s flexibility in managing his peers, and the strong sense of belonging the core of the squad currently has at the club. Club legends like Chiellini, Buffon and Marchisio keep the team together and I speak from experience, knowing that all Barça has achieved for the past decade was because of the senior squad members pulling the dressing room together in the toughest moments.

As for weaknesses, mental fatigue is the biggest impediment to another great season. We as football fans get used to long periods of success and forget how hard it is for these top level professionals to build a strong team, get to the top, to claw its way there, slowly plan and carefully renew the squad to continue winning. I have no doubts about Agnelli’s outstanding abilities as one of the smartest minds in the business, but down years are natural. 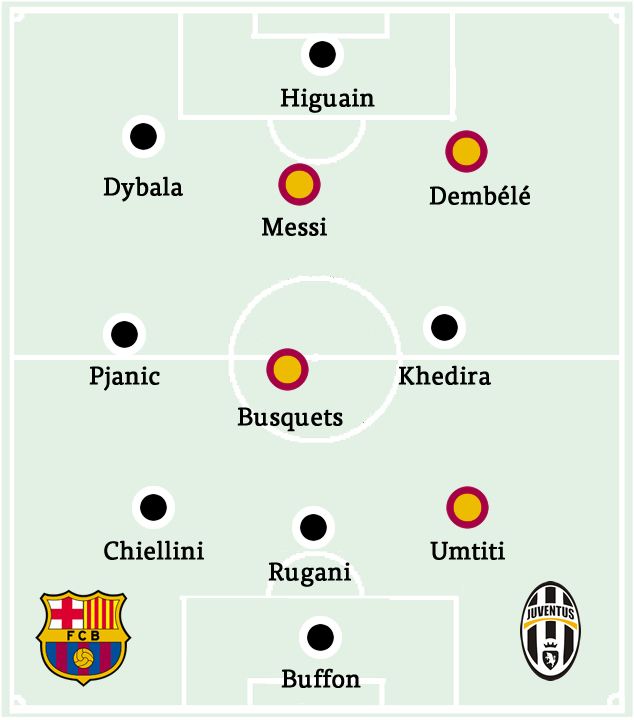 12. Which one player would you want from the Juventus squad and why?

Emotionally, I’d say Gigi Buffon because he’s one of my favorite players, but logically my pick is Alex Sandro. Among the best left backs in the world, and is of the exact profile Barcelona needs as I have been wanting Alba to be benched/sold for around two years now.