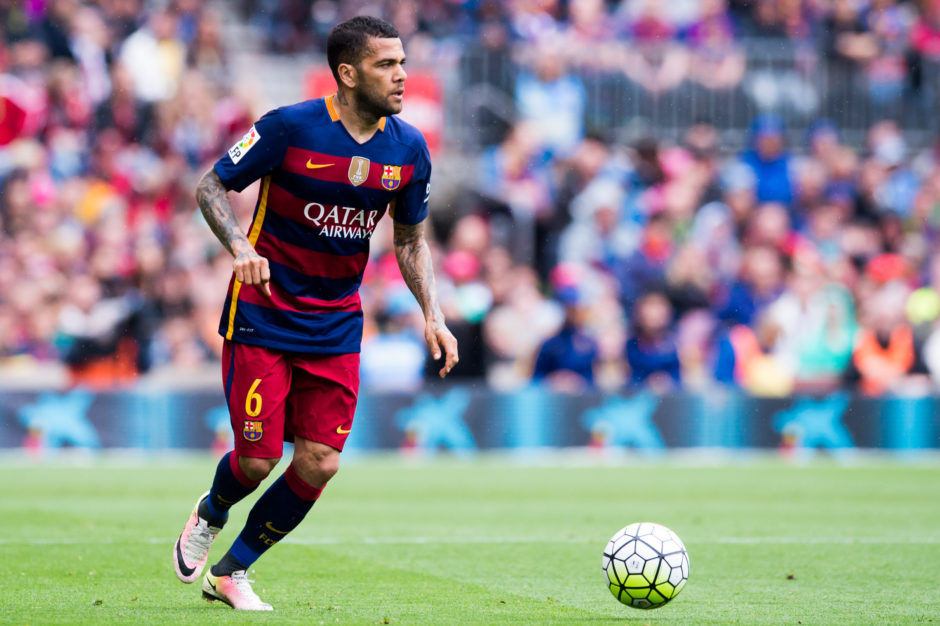 Cadena Ser announced that 33-year-old Alves, who has a deal with Barcelona until 2017, will terminate his contract early to join Juventus.

Goal Italia go on to report that there is an option in Alves’ Barcelona deal that wil allow him to leave the club on a ‘Bosman’ transfer and that Juve are considering a 2-year deal.

Sky Sports have also latched onto the story and Gianluca Di Marzio reports that the Juventus interest in Alves is very real – “Contacts and meetings have already taken place, a two-year option on the table”.

According to Spanish journalist Gerard Romero, Alves has a clause in his contract that would allow him to sign for Juventus, provided the deal is agreed before 5th June 2016.

Not to be outdone, a whole host of Italian journalists, including those from La Stampa and Gazzetta Dello Sport, are also suggesting a deal for Alves is imminent:

Catalan newspaper l’esportiu are also reporting that Alves has agreed to join Juventus and told his teammates of his decision last weekend.

The agent of Dani Alves (33) confirms he will leave this summer. The player told his teammates on Sunday he’ll join Juventus. [l’esportiu]

AS have also reported a similar headline, reiterating that Alves will leave on a free transfer and will sign a 3-year contract at Juventus.