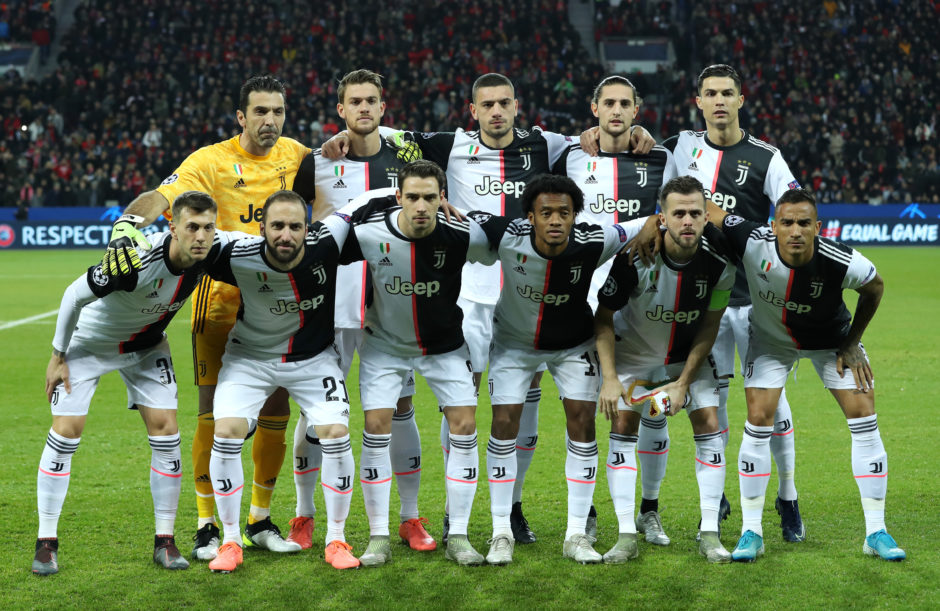 Juventus finished the Champions League group stages undefeated, rounding things off with a 2-0 victory over Bayer Lervkusen with goals from Cristiano Ronaldo and Gonzalo Higuain.

Buffon: Made a fine save on the 22′ minute mark that looked certain to go in and that was seemingly the only time he was called upon. Marshalled his defence really well, encouraging his two young centre-backs. 6.5/10

Danilo: Played a great pass to send Higuain through and looked generally solid throughout the game, rarely putting a foot wrong and covering well at the back. 6.0/10

Daniele Rugani: A few little mistakes and lapses in judgement/concentration aside, he was much better than in recent performances and looked far more assured. 10 clearances, 2 tackles, 1 interception and a good understanding with his defensive partner. 6.5/10

Merih Demiral: Looked in his element, especially in the air, where he cut out many a lofted cross and seemed to have the measure of everything that was thrown at him. Excellent reading of the game, a determined, grinta inspired performance where he knew he had to impress, and duly did. Exceptional when you consider Leverkusen needed a win and this was his Champions League debut. Bravo Merih.  7.5/10

Mattia De Sciglio: Looked really up for it tonight and seemed totally in control on the left. Didn’t venture forward as much as Sandro would have, but he seemed in his element in the defensive phase and rarely put a foot wrong. 6.5/10

Miralem Pjanic: Far better than in recent performances and seemed to have more time to dictate things tonight. Played some nice passes and kept Juve moving, especially in the second half where everything seemed to be all the faster and more incisive. 7.0/10

Adrien Rabiot: Looked really off the pace and struggled to have any impact from the midfield. Gave away two really poor fouls, each of which he could and should have been booked for. Clear he isn’t 100% just yet. 5.0/10

Juan Cuadrado: Fared okay playing in the centre but seemed to relish pushing out wide into his natural position where he may have done better.  6.0/10

Federico Bernardeschi: Marginally improved on his recent showings but still looks low on confidence and seems to struggle with making the right choice and dwelling on the ball. 5.5/10

Cristiano Ronaldo: A yard too slow to get on the end of Higuain’s early pass before making a great solo run and shot that went just wide. Stepped it up in the second and duly got the goal he deserved. Seems to fare better when Dybala is on the pitch and the two have a better understanding than some of the other attacking players. 7.0./10

Gonzalo Higuain: Very unselfish early on by squaring the ball to Ronaldo but he continued to toil and took things up a notch in the second half. Took his goal with a wonderful finish and proved his worth yet again.  7.0/10

Maurizio Sarri: I wasn’t convinced by the choice to start Cuadrado in the centre, in fact it made more sense to rest him altogether. Rabiot starting was a risk and while it didn’t pay off, it made sense to get him on the pitch to get some minutes. Improved the team in the second half and played Dybala at the right moment to kill off the game with an injection of pace and invention. Did the right thing by starting both Demiral and Rugani, both of whom repaid his faith.  7.5/10

Paulo Dybala: Came on from the bench and immediately set up a brace of goals with his intelligent runs, and smart thinking. In this form and when he’s fired up, he is unplayable. 7.5/10

Dybala: ‘We will work on trident’