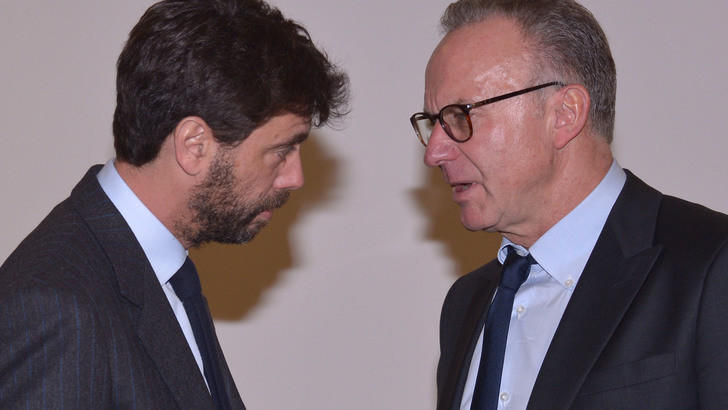 Bayern Munich chairman Karl-Heinz Rummenigge has aimed a parting shot at Juventus chairman Andrea Agnelli after the European Super League was shot down.

The Italian is believed to be amongst those strongest in favour of a new breakaway European competition, which was intended to include the best of the best in Europe.

Juve were to be at the forefront, with Agnelli named as the vice-chairman of the newly formed ESL, working alongside Manchester United’s Joel Glazer under Real Madrid’s Perez, but a number of clubs have since backed out of the competition.

The ESL now appears in doubt with the Premier League clubs amongst others believed to have pulled out, but Bayern Munich chairman Rummenigge, who refused to sign his club up to the competition when asked, claims that Agnelli’s idea behind football is different, but insisted that the saga is ‘over’.

“The subject is definitely over. That was a warning shot,” Rummenigge told BILD(via TribalFootball). “In the end, it is perhaps even a good thing that we had this circus for 48 hours which upset the whole world.

“It has led to business people, who are numerous in football, understanding that football ticks a little differently to just business.”

On Agnelli, he added: “Andrea comes from a different generation and is a different type of person to me,” added the 65-year-old Rummenigge. “I, myself, played football, I always thought I had a responsibility to football, not just to money.”

It remains to be seen whether this saga is in fact fully over, but we will find out in due course.