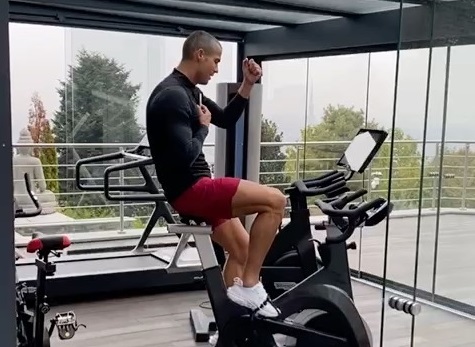 Cristiano Ronaldo is already 35, yet the Portuguese attacker is still going strong, and he is fitter than most younger footballers in the world today.

The Juventus striker is set to carry on playing the game for as long as possible and that is because of how he has taken care of himself.

The attacker is also very motivated to win things and the habits and attitude we see him exhibit now didn’t start today.

His former teammate, Dimitar Berbatov spoke about their time together at Manchester United recently and disclosed how Ronaldo has always been working hard.

He claimed that the attacker was committed to being the best even in his younger years at the Premier League side as he worked hard in the gym and watched what he ate.

He also spoke about the attacker’s competitiveness which has now become known all over the world as he continues to try to outshine Lionel Messi in their battle for who is the best player of their generation.

Berbatov told Marca: “I’ve been a lucky guy to share a season with him, every training session with him was like a war, but I didn’t think anything was bad about wanting to win everything,” Berbatov explained in an interview with Betfair.

“He was a good kid, he was fun and affectionate, but even at the Christmas parties he was very professional, I never saw him drink even at those events.

“He took extreme care of himself; he came to training early and was in the gym, and then he would stay late to practice his shooting on goal. Then he would finish by going swimming before being back at the gym. He was determined to be the best.”

Pogba’s wage is a problem for Juventus, here is how they want to sort it out